Home » Hip Hop News » Cynthia gets dragged by Twitter, who accuses her of being a terrible friend to Kenya, over the years, especially with this Eva flip flop; #RHOA love that Cynthia can’t park and Kenya can’t close her Tesla doors 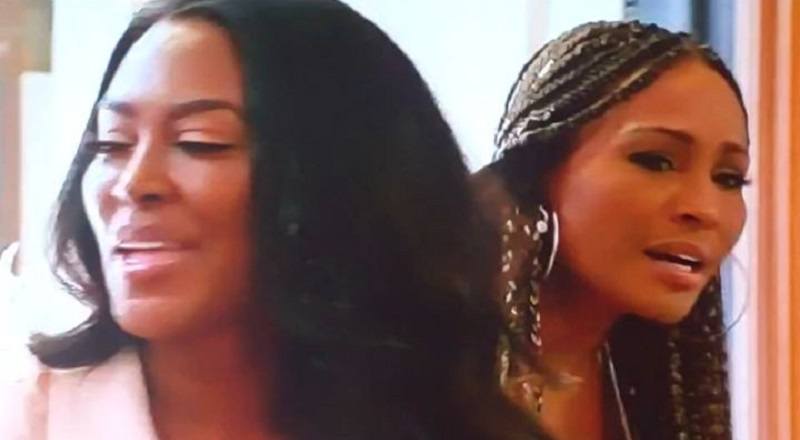 Tonight’s episode of “The Real Housewives of Atlanta” showed the early signs of a shift in friendships. Ironically, this comes as Kenya Moore returns to the show. Her 2012 arrival saw a shift in the friendships, as she and Cynthia were fast rivals-turned-friends.

Over four years, Kenya and Cynthia became the best of friends, until the return of NeNe. That led to Cynthia throwing four years of friendship under the bus, saying she was still getting to know Kenya. After that, Kenya forgave Cynthia, and the two were still close.

Now, Eva Marcille is becoming the new alpha-female villain of the show, and Kenya and Porsha were her first drags of the season. The only problem is that Kenya isn’t having it. When she confronted Cynthia over it, Cynthia didn’t react the way she did when defending Eva, so Twitter went in on her, but loved their parking complications.

Read the tweets about Cynthia below:

More in Hip Hop News
Porsha claps back at Eva’s C-section comment about her, as Porsha calls her a low down type of “friend” + Twitter says Eva better not backpedal and own what she said #RHOA
Tokyo Toni is hilarious in her new show, as Twitter says it’s a hot mess, in the best way, having them weak, and fans want to know how to get Zeus #TokyoToniFindingLoveASAP