Home » Hip Hop News » D Wade causes Twitter to lose its collective sh*t, when he refers to his 11-year-old son as “she” and “her,” and that pronoun is causing some to cancel Dwyane Wade, saying they lost respect for him; Fans defend him for being able to take care of his child and insult others who barely can but are criticizing [VIDEO] 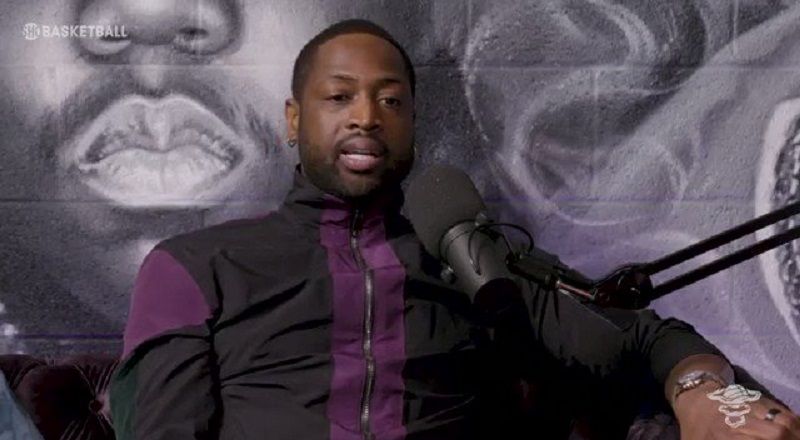 Two years ago, fans began noticing that Dwyane Wade’s son, Zaire, was a bit different. He seemed to be heavily influenced by feminine things. Because of this, many began to question his sexuality, but they didn’t have to question for long.

Despite his young age, Zaire Wade came out, attending the LGBT pride parade. By his side was his brothers, his father, Dwyane Wade, and stepmother, Gabrielle Union. The family has been very supportive of their child, as they are making their decisions about life.

Apparently, Zaire is going to pursue life as a female, seeing how he was referred to as “she” and “her” by Dwyane Wade. A clip from his interview with Matt Barnes and Stephen Jackson’s “All The Smoke” has gone viral. In the clip, he is speaking on his son and his sexuality and it’s become too much for Twitter to handle.

(you transphobes are doing too fucking much.) https://t.co/bOiDCzYtq2

More in Hip Hop News
Ar’mon, from Ar’mon and Trey, fought his best friend, Josh, over a flirting prank with his girlfriend, Essie, and Twitter and YouTube say he’s overreacting and took it way too far, but he and Josh both responded on IG Story, and are back on good terms [PHOTOS]
Los Angeles Lakers vs Milwaukee Bucks 1st Qtr Highlights | December 19, 2019-20 NBA Season [VIDEO]