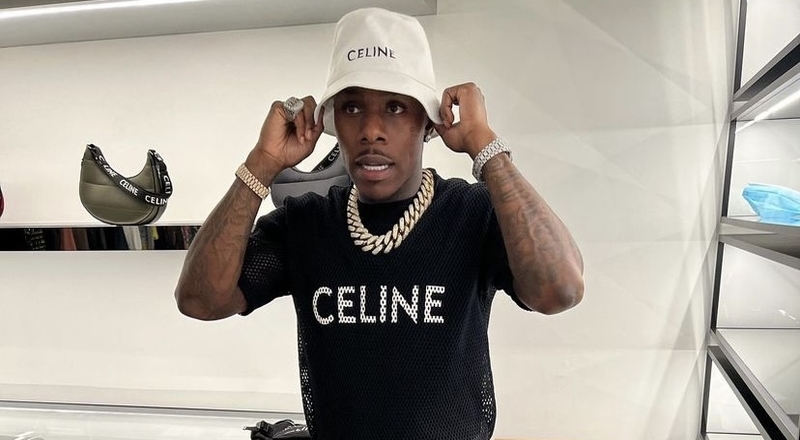 DaBaby has always been known to be one to have difficulties staying out of trouble. For one situation though, the Charlotte rapper no longer has to worry about it. According to TMZ,  DaBaby will face no charges, in a January 2021 firearm case.

The L.A. County D.A. has dismissed this case, as DaBaby had a firearm on him, during that time. This was on Rodeo Drive, where he and his crew were shopping. At the time, DaBaby was arrested on the scene, and booked on a charge of carrying a loaded firearm.

The D.A. came to this decision, due to a lack of evidence. A security guard at a Gucci store initially claimed that they may have seen a gun tucked under DaBaby’s shirt, when he lifted it up. His crew’s car was soon searched by police, where a gun was found under a seat. Nobody wanted to claim the gun as theirs, and that’s when DaBaby ended up in handcuffs.

“We’ve been 100% confident in Mr. Kirk’s innocence since the day of this incident and are appreciative that the Los Angeles District Attorney’s Office has made a similar determination,” said attorney Drew Findling, in a statement to TMZ, following the dismissal of this case.

DaBaby is battling another case though, and that is a lawsuit against him, by DaniLeigh’s brother, Brandon Bills. Bills was attacked by DaBaby at a bowling alley in Southern California. This came after Bills said he’d want to fight DaBaby, after he was feuding with DaniLeigh.

The D.A. says that this case could bring more action though. According to them, DaBaby could be facing a felony assault with a deadly weapon charge.

Continue Reading
You may also like...
Related Topics:dababy, featured