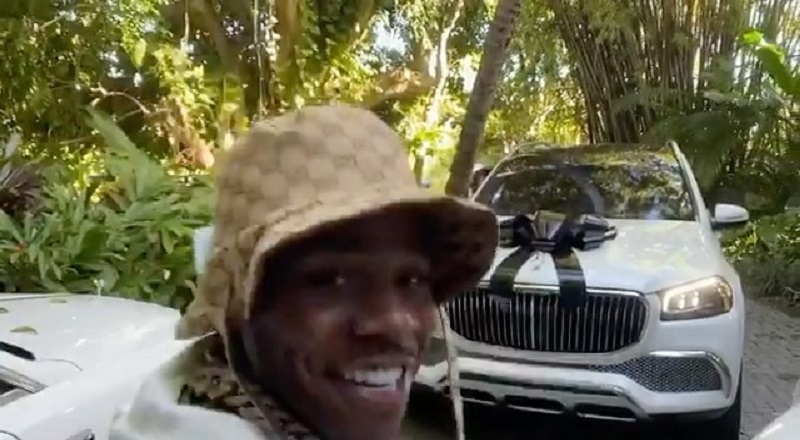 Last year, DaBaby solidified years of hard work, releasing his debut and sophomore albums to much fanfare. In just a year, DaBaby made massive hit records, with the likes of Lil Baby and Offset. Coming into 2020, he changed his sound up, and kept going.

DaBaby accomplished a lot and celebrated like a boss. At the BET Awards, last year, DaBaby didn’t disappoint, having the best performance, save for Mary J. Blige and Method Man. That momentum laid the groundwork for the huge year DaBaby would have.

This weekend, DaBaby celebrated the whole weekend, as his birthday, though today is the actual day. Fans have seen videos of him boo’d up, with DaniLeigh, which have gone viral. Now, DaBaby has gifted himself a Maybach truck, on hydraulics, a moment which he shared with his fans.

More in Hip Hop News
DaBaby Sees Himself Retiring as a Rapper in Five Years and His Record Label Creating Stars
E-40 and Too $hort amassed a combined 1.9 million views, with #Verzuz battle, on Instagram and Apple Music