Home » Hip Hop News » DaBaby and DaniLeigh fight on IG Live, with her holding their baby; DaniLeigh claims he called the police on her and tried to have her removed from his residence [VIDEO] 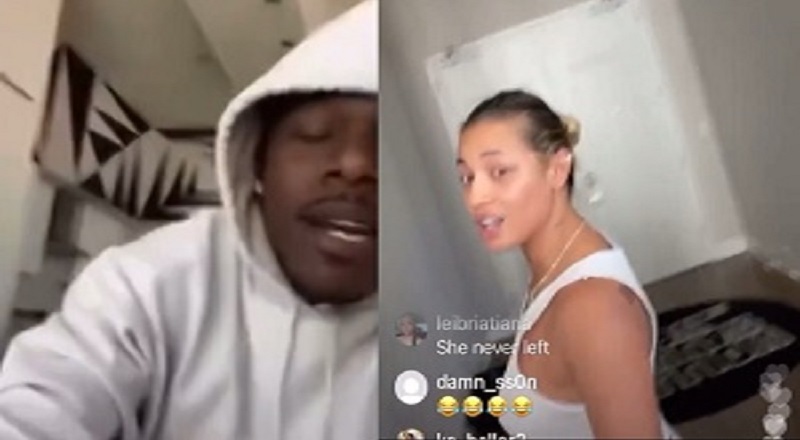 This drama between DaBaby and DaniLeigh, where to begin? Everything seemed all good, last night, when they attended the Hornets/Warriors game. A good win for the home team and now the couple is on IG Live fighting, while she’s holding the baby.

DaBaby rose to fame, in 2019, following years of grinding on the mixtape scene. Almost immediately, there were rumors of him being involved with DaniLeigh. It wasn’t until last year, when they confirmed having involvement, and she was pregnant with his child.

Early this morning, DaBaby and DaniLeigh began trending on Twitter. The two began fighting and it bubbled over to IG Live, where they really got into it. Despite her holding the baby, they still had it out, with Kirk calling the police on her, demanding her to leave his home, which he denies.

There is much more going on, as this drama updates by the second.