Home » Hip Hop News » DaBaby denies that he was recently trying to kiss a fan, who ended up curving him [VIDEO] 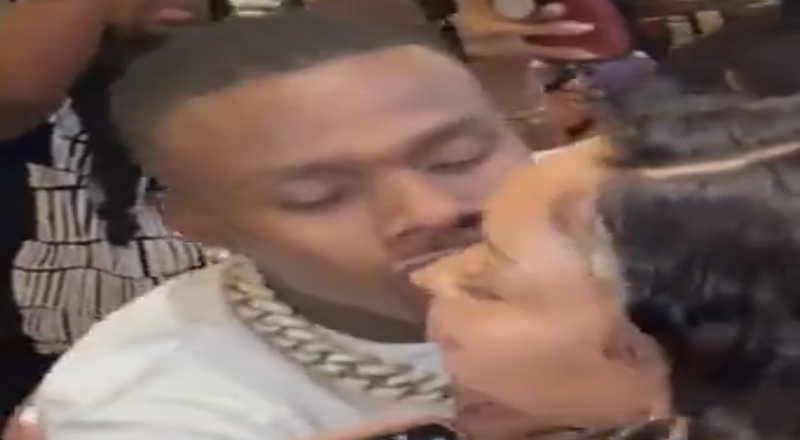 DaBaby denies that he was trying to kiss a fan

Today, DaBaby has been going viral, due to a recent interaction with a female fan. This scene appeared to be in a drop-off area at a Las Vegas hotel. There, the Charlotte rapper had his hands on a woman’s head, as he attempted to lean in for a kiss. This woman was leaning backwards though, in an attempt to avoid the kiss.

Now, DaBaby is speaking on this incident, in his Instagram stories. He denied his motive being to try to kiss this woman, as he said “Yall go head on man.[Laughing emoj] Me and my booboos love each other to death but ain’t no kissin goin’ on (crossing arms emoji).”

As of now, it’s unclear if the woman ended up addressing the situation on social media. Many viewers looked at this as a bad look for DaBaby, as well as his PR team needing to do more work with him.  It’s also been agreed on by a lot of viewers, that DaBaby’s intent was to kiss this woman. In the past, DaBaby had other negative fan interactions, as he had physical altercations with them.

DaBaby denies that he was trying to kiss a fan

Continue Reading
You may also like...
Related Topics:dababy, featured