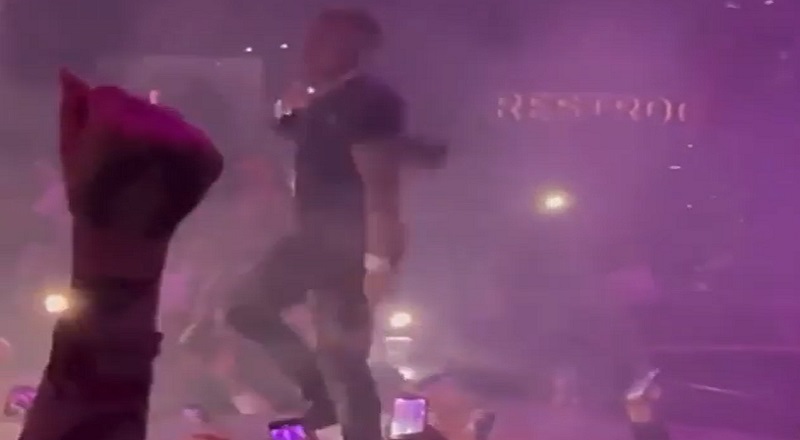 Since 2019, DaBaby has been one of the biggest rappers in the game. He made an immediate huge impact on the game. Everything was going well for him, until he made his comments, at Rolling Loud, in Miami.

DaBaby ended up being cancelled by the media. The fans turned on him, but he ignored the backlash. After offering an apology, he moved on with his life and, after a brief loss of bookings, he made it back up.

Last night, DaBaby had a show in Las Vegas. During his performance, he began turning it up. While doing this, he ended up falling right off the stage and it looks like a fan may have grabbed his leg.