Home » Hip Hop News » DaBaby is still getting love, despite being cancelled, as female fan sits on his lap [VIDEO] 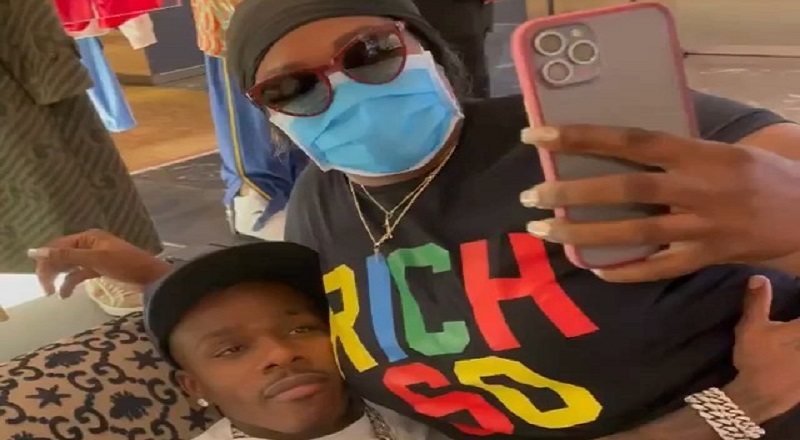 During Rolling Loud, DaBaby made controversial comments, and the honeymoon period ended. The fans have loved him, since his career took off, in 2019. Everyone knows the price of fame, which is first the people love the star, and then they hate the person.

DaBaby debuted, back in 2015, and took over Charlotte, before gaining major label attention. During the summer of 2019, he took over the game, and didn’t look back. The people have gone in on the Charlotte rapper, due to his comments at Rolling Loud.

While Dua Lipa has removed from DaBaby from her song, the fans are still showing him love. In the eyes of the fans, though, they still love him. As he was shopping, a female fan jumped in his lap, and took a selfie with him, as she clearly was not impacted by social media trying to cancel him.

More in Hip Hop News
Amber Rose jokingly says she is getting a wife, after exposing A.E. cheating on her
Damu Up ft. Renni Rucci – “The Way She Twerk” [VIDEO]