Home » Hip Hop News » DaBaby has been dragged on Twitter over his dancer, during #SNL performance, but Black Twitter came through for him in a big way, clowning the women who came for him, making racial white jokes 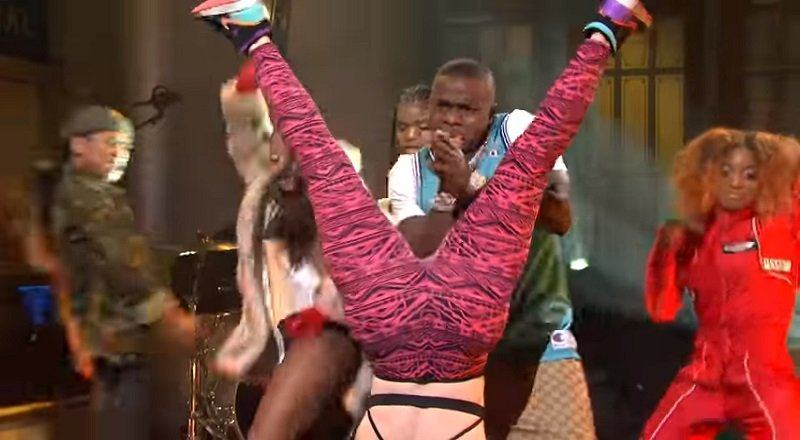 This year, DaBaby has finally seen his hard work translate into commercial success. Since 2015, he’s been navigating the Charlotte hip hop scene. However, DaBaby didn’t have any radio success, until this year.

“Suge” hit the radio and it took over, becoming one of the biggest hits of the year. DaBaby is becoming a star, because his name is starting to be thrown around in gossip. Another sign that his star is rising was him doing “Saturday Night Live,” last night.

DaBaby brings a comical bent to his music, despite actually being a hardcore rapper. Last night, during his performance, DaBaby did his routine, but it offended some people. Accused of mistreating his dancer, some women on Twitter came for DaBaby, but they wound up being dragged by Black Twitter.

Read the tweets about DaBaby below:

More in Hip Hop News
Iggy Azalea is reportedly six months pregnant by Playboi Carti, according to sources close to the couple
Cardi B shares herself taking a dump, on IG Live, after Ghana celebrities put her on blast for not showing up to meet and greet, and Cardi says her reason for doing so was being sick, sharing video as proof