Home » Articles » DaBaby Says He Has Song With Lil Wayne Done; Calls Wayne The GOAT of His Era [VIDEO] 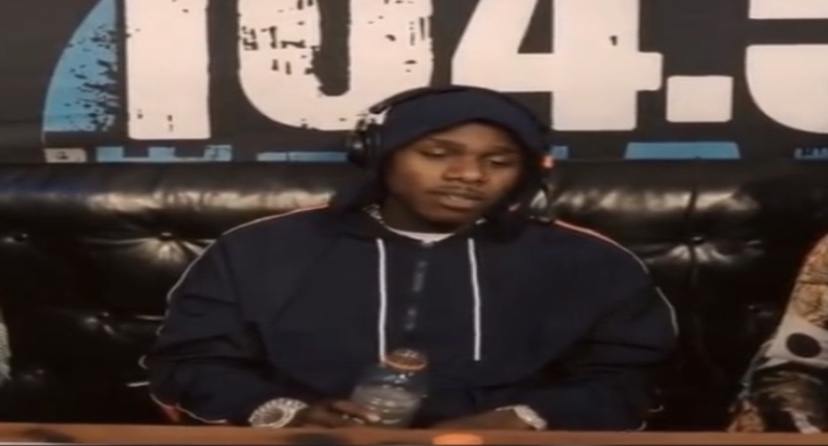 DaBaby had undoubtedly one of the best years out of every artist in hip-hop. It all started with his breakout hit single “Suge” at the top of the year. That record appeared on his debut studio album, “Baby on Baby.” He later released his second album, “Kirk,” in September. That project contained hits such as the intro and “Vibez.”

The Charlotte rapper recently revealed in an interview with Power 104.5 The Beat with Angela Ye that he has a record with Lil Wayne. This was asked if he had a bucket list of any artists that he wanted to work with. Baby had high praise for the legend as he called Wayne the “GOAT of his era.” (Baby’s)

The collaboration happened after Wayne’s team reached out to Baby. Baby went on to say that he was influenced the most by Wayne as an artist. Check out him speaking on the collab below.
https://www.instagram.com/p/B5bw4WHj5Wn/?igshid=ckjsfuzdqw8q

Continue Reading
You may also like...
Related Topics:dababy, lil wayne

More in Articles
Sky’s Boyfriend, 600 Breezy, Denies Being The Father of Queen Key’s Triplets, Although He Tweeted That He Asked Her to Get an Abortion [PHOTOS]
Quality Control Music Rapper, Rylo Rodriguez, Released from Florida Jail on Bond After Being Arrested for Possession of Firearm and Drugs [VIDEO]