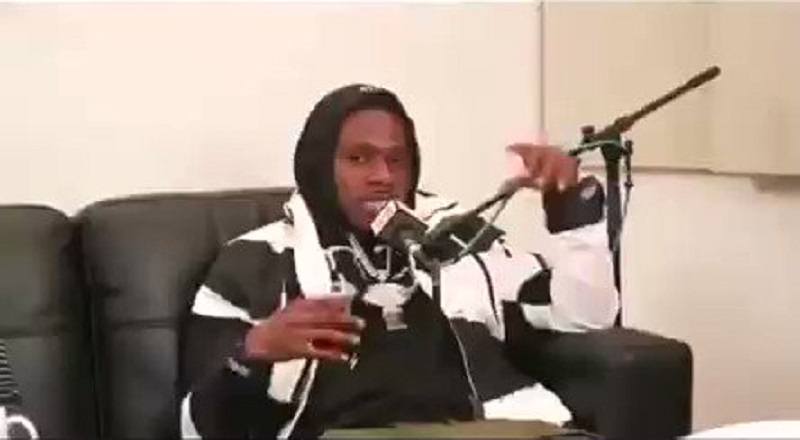 This week has been very eventful for DaBaby, and the irony is that it had nothing to do with him. A video of a man’s private area was shared on Twitter and, the account said it was DaBaby. Sadly, that was enough for social media to believe it.

DaBaby found his privates being discussed all over Twitter, but he was chill about things. He took to Twitter, simply saying “Ion leak nudes,” confirming it wasn’t him. Instead, it was an adult performer, and some, on Twitter, said DaBaby was violated.

Those initial tweets went ignored, but DaBaby’s “Lip Service” interview with Angela Yee, got people talking. A clip has gone viral of DaBaby talking about having a sexual encounter, at five years old, with a grown woman. He said the woman “R. Kelly’d” him and it led to a discussion on Twitter about him actually being violated then, and when people thought his nudes leaked.

Watch the interview clip and read the tweets about DaBaby below:

DaBaby addressing how an older woman took advantage of him when he was 5 years old is an issue with how Black men are preyed on as children. They’re socialized into believing that an older woman preying on them is a badge of honor. But women predators do exist. pic.twitter.com/WI6j0EuLva

More in Hip Hop News
Erica Mena has had her nudes leak, according to Twitter, as they claim to have seen nude photos of her; Erica deletes her IG #LHHNY
DaBaby Detained and Cited For Weed Possession and Resisting Officer After Show in Hometown of Charlotte; Says 15 Cops Surrounded His Car After Bogus Tip That Included Gun Possession [PHOTOS]