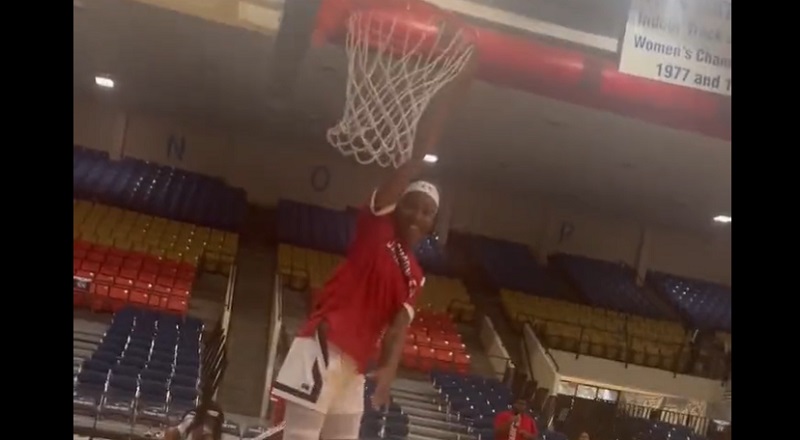 Daja Woodard goes viral for one handed dunk in practice

Daja Woodard put herself on the map in a big way. A rising basketball talent, Woodard used social media to introduce herself to a far bigger audience. By far, she is not the first amateur basketball player to use social media to gain traction. If she goes pro from this, she also would still not be the only one.

Daja Woodard is a forward for the Jackson State University basketball program. Last season, Woodard averaged 7.8 points per game, along with 7.4 rebounds. Those numbers are impressive. As she is entering her Senior year, Woodard is definitely hoping to improve upon those numbers. On top of that, she is looking to be seen more.

Daja Woodard made sure the people knew who she was, when she shared a practice videos. While she and her teammates were only shooting around, Daja decided she would go viral. Not only did she dunk the ball, she went hard with it. Woodard only took one step before going over the rim with a one handed dunk. There are several players in the NBA who are unable to do a move like that, let alone a female college basketball player. As a result, Daja Woodard has been a trending topic this week.

Daja Woodard goes viral for one handed dunk in practice

More in Hip Hop News
Malcolm-Jamal Warner blasts FOX for putting the hyphen in his name in the wrong place, despite him starring in a show on the network [PHOTO]
Quavo’s assistant, Joshua Washington, was one of two other people shot, as a result of Takeoff shooting