Home » Hip Hop News » Dame Dash on building his empire, what he saw in Kanye West, business with Jay-Z, and a lot more with Big Boy [VIDEO] 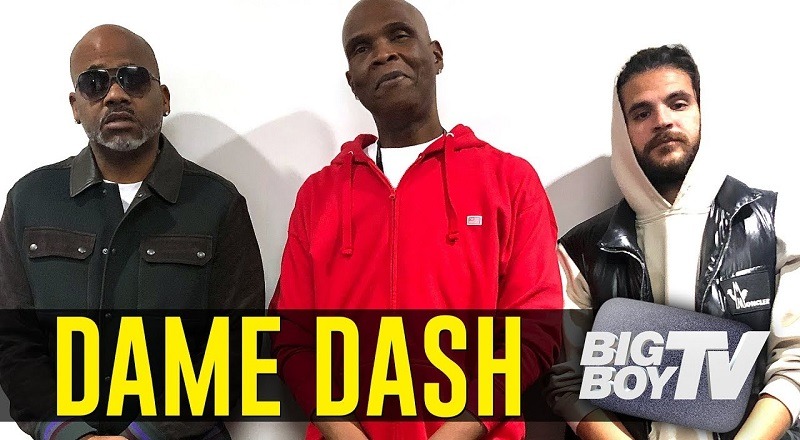 Often, Dame Dash is being brought up in a negative light. His business endeavors are almost always in the news and Dame often questions why this is. What goes overlooked is that Dame Dash has at least one successful venture, “Growing Up Hip Hop,” where he’s EP.

Aside from being the executive producer of a top reality show, Dame Dash is working on a lot of movies. To house the movies, Dash has his television network finally here. The narrative remains the same, but he continues to fight the system.

Dame Dash spoke to Big Boy, showing up at Real 92.3, in LA. The interview saw Dame talk about his new business moves, which includes his record label putting out a rock album. While he was there, he also spoke on Kanye West, his past business relationship with Jay-Z, and more.

More in Hip Hop News
Iyanna Mayweather responds to NBA Youngboy’s “Dirty Iyanna” diss, saying she sees why people want to kill themselves over the internet, and tells people to leave her alone [PHOTO]
070 Shake – “Under The Moon” [VIDEO]