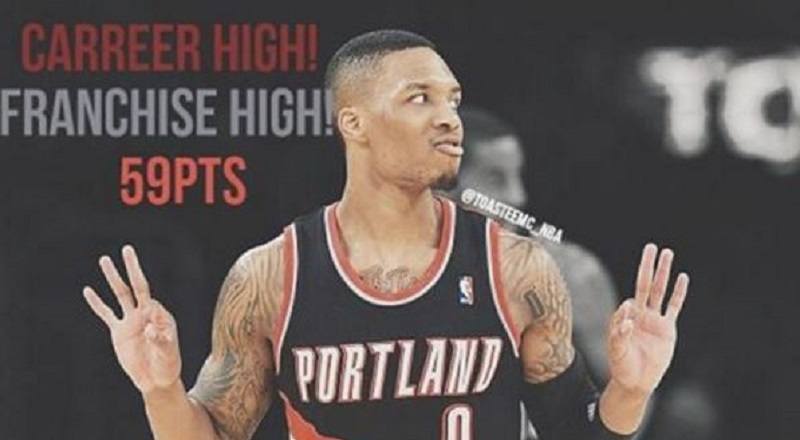 Now, it is no longer even up for discussion how savage Damian Lillard is. What he put down tonight is beyond clutch, even more than all of his performances, last season. Every time sports critics count the Blazers out, Dame carries them on their backs, and they win anyway.

Without LaMarcus Aldridge, the Portland Trail Blazers are not supposed to be here. Funny thing is that Damian Lillard came into this season with even higher goals for Portland. He wanted his team to finish top five in the league standings and go to the conference finals.

Look, top five ain’t happening this season, but Damian Lillard proved why he deserves to be in the 2017 NBA Playoffs. He led his team to a blowout win over the Utah Jazz, a solid playoff team, and he scored 59 points in the process. That’s what great players do and Twitter is giving him props he deserves, STOP SLEEPING ON DAME DOLLA!!!

Read the tweets about Damian Lillard below: