Home » Hip Hop News » Damian Lillard calls “Dame Time,” after hitting deep three-pointer, closing Wizards game, after he could “barely move,” at the start of the game, due to abdominal issue 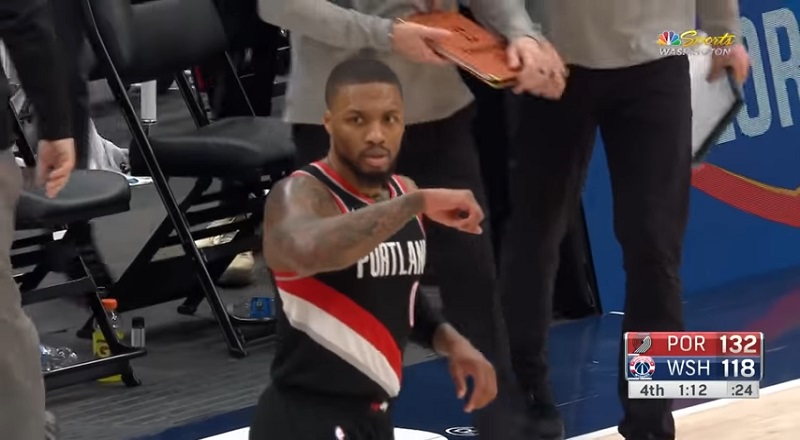 In his career, Damian Lillard has consistently gotten the Portland Trail Blazers into the playoffs. When LaMarcus Aldridge left, for the Spurs, many believed the Blazers would fall apart. Instead, they came together.

Damian Lillard has consistently gotten better and achieved a career goal, in 2019. Back then, he said his goal was for his team to win 50 games and go to the Conference Finals. While they did that, they got swept by Golden State.

This season, Damian Lillard has played at an MVP level, and his Blazers are winning games. As they closed out Russell Westbrook’s Washington Wizards, Damian Lillard hit a deep three-pointer, and called “Dame Time.” That wrapped an impressive performance, following Dame reportedly saying he could “barely move,” to begin the game.

More in Hip Hop News
Master P drops “Master P and the Genie” theme song for MasterPReviews.com [VIDEO]
JT goes off on Twitter rant, after Lil Uzi Vert tweets that he only loves himself, telling fan to “STFU,” after fan tells her to stop letting him embarrass her, saying she’d “tear that sh*t down” if she ever felt that way