Home » Articles » Damian Lillard is putting in one of the best seasons of his career, the Portland Trail Blazers are the hottest team in the NBA, and nobody is even noticing #Blazers 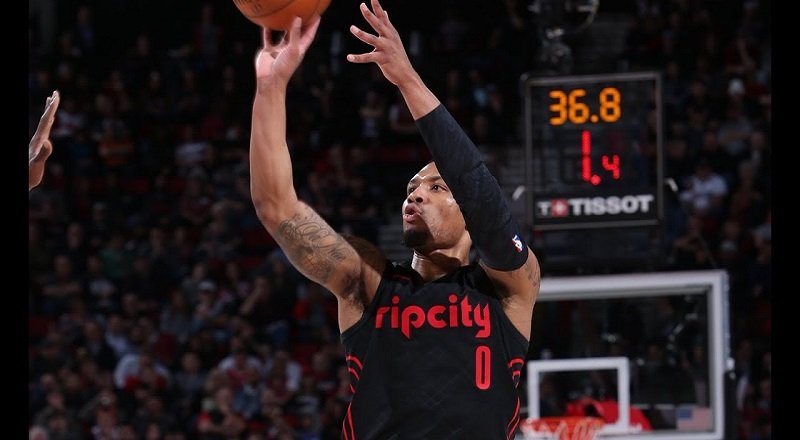 Watching the NBA, since 2014, has meant watching teams do their best to beat the Golden State Warriors. Before they took over the league, it looked like the Portland Trail Blazers would be the team to watch. A lot of people gave them up, when LaMarcus Aldridge left for San Antonio.

Here, right before the 2018 NBA Playoffs, the Portland Trail Blazers have a safe lead against the Spurs, in the standings. After the departure of Aldridge, Damian Lillard was determined to get his team back to the playoffs. They even beat the Clippers, in the first round.

Two years later, Damian Lillard has continued his growth, having been the Blazers’ leader, since they drafted him in 2012. Now, Damian Lillard has come into his own, as a star, averaging over 35 points a game. He has definitely played like an MVP and has Portland, not Houston (sorry Harden), as the NBA’s top team, over the past nine games, capping it off with a blowout win over Steph and KD’s Warriors.