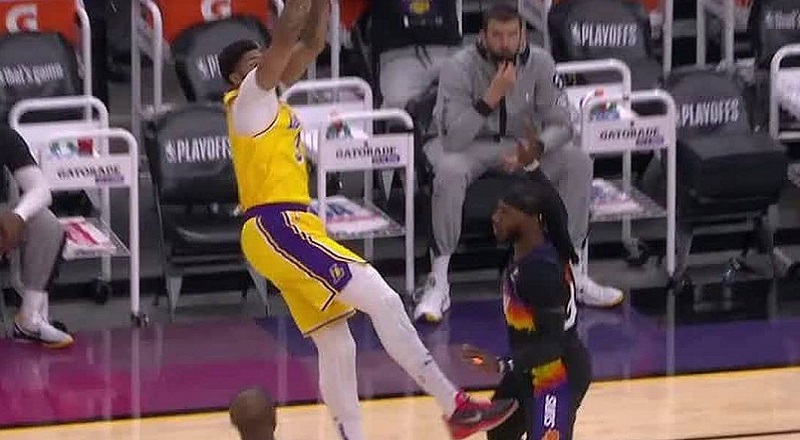 Tonight, the Los Angeles Lakers are playing the Phoenix Suns, in the first round of the NBA Playoffs. Despite being the defending champions, the Lakers struggled, this season. For the first time in his career, LeBron James missed time, due to injuries.

Anthony Davis spoke on how badly the Lakers played, while LeBron James was out. Davis would say that the Lakers deserved those losses. Ultimately, the Lakers beat the Golden State Warriors, in the play-in portion, to earn a proper playoff spot, facing the Phoenix Suns.

Early in Game 2, Anthony Davis is trending on Twitter, with “Damn AD.” When he went up for a jumps shot, Davis had Jae Crowder guarding him, accidentally kicking him in his privates, leading to him being hit with a flagrant foul. This situation has left Twitter in shambles.

Read the tweets about Anthony Davis below: