Home » Hip Hop News » Damn Boston, the #Cavs have run away with this game; 72-31 at halftime, the Celtics are down by more points than they have, so Twitter is going HAM on the #trashics jokes 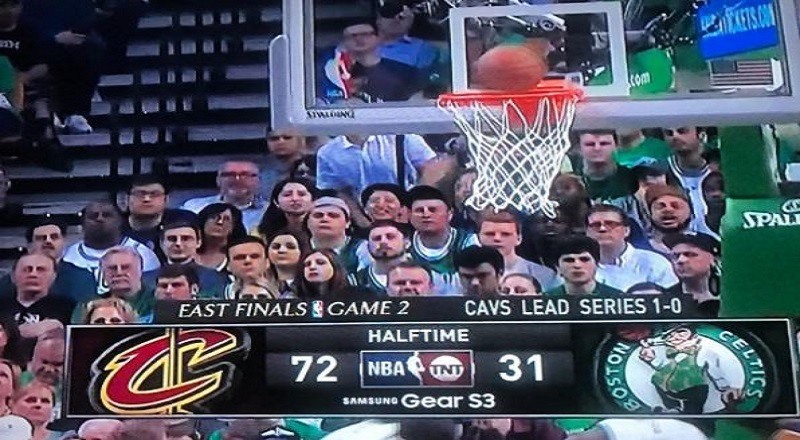 Really, the Trashics, wow, that one is a new one right there. This isn’t supposed to be funny, but it really is hilarious. The Boston Celtics are officially worse than the 2015 Atlanta Hawks as the worst number one seed in history, sorry Al Horford.

Now, come on, nobody really expected the Celtics to actually win this series. But, winning at least one game was a possibility, because, in spite of all, Isaiah Thomas has played his heart out. How he ended the Wizards proved he belonged here, but this?

LeBron James isn’t even really doing anything, it’s Kevin Love out here, not even Kyrie Irving. It’s a 41 point halftime lead and everybody is clowning the Boston Celtics, as they should. Who goes down 72-31, in their home court, these dudes are down by more points than they’ve even scored, damn Boston.

Read the tweets about the Celtics below:

More in Hip Hop News
Trick Daddy flashes piles of cash, counts it out, and said he is hiring a shooter to go at any man wearing rompers [VIDEO]
Isaiah Thomas left Game 2 with a sore hip, but Twitter is clowning him, saying he “quit”