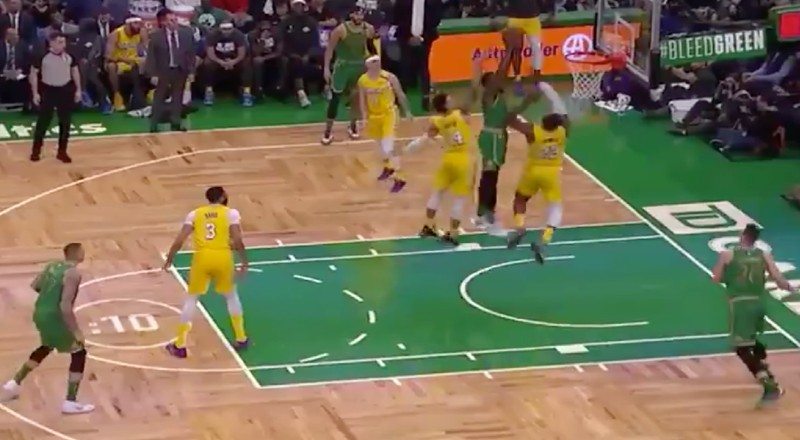 It appears that it hasn’t been a good day for LeBron James. From having unruly fans bringing up his uncomfortable past and relationship with Delonte West, to getting washed by the Celtics for 32 points. Given how LeBron is always winning and often beloved in the media, folks did not waste any time in dunking on him harder than Jaylen Brown did.

It was an absolute slaughter by the Celtics. This has been the largest margin that the Lakers have lost by when both LeBron and Anthony Davis have played together. So folks are taking this opportunity to throw out calls of bad karma given the West situation.

Fans have been blaming LeBron for the condition West is in. The narrative of James ruining Delonte West’s life and career for allegedly sleeping with his mother has been a running joke in NBA lore for a long time now. While West’s mental health issues has long been accounted for, people are still convinced that James has a hand in exasperating it. Fans are now calling for King James to do something to help West, given the supposed rocky relationship.

“The Celtics beat the Lakers by 32 points” pic.twitter.com/UBMvp7OOPz

Mood after a #Celtics BLOWOUT win against the Lakers ☘️☘️☘️pic.twitter.com/uVyb75o58E

More in Articles
Joe checked Jonathan and Twitter said it was EVERYTHING; #LHHNY fans said Jonathan was bold for talking about Erica at her wedding and that he’s too involved in Tahiry, Joe, and Cyn’s love life
James and Florida Evans!? Nikki Natural really went there with Trick Daddy and Joy, and #LHHMIA fans loved every minute of it, going ham on Twitter