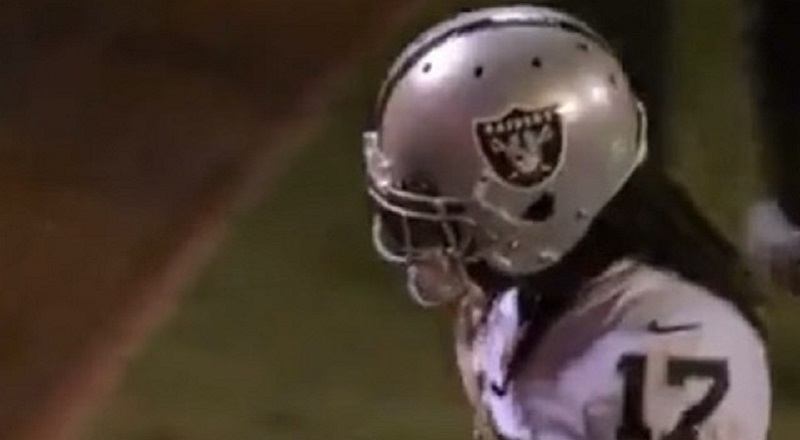 Davante Adams has dominated headlines, recently. After spending his career with the Green Bay Packers, Adams was traded to the Las Vegas Raiders. This season, the Raiders have struggled more than normal. Adding to their struggles was Davante Adams actually putting his hands on one of the cameramen.

Davante Adams, as a professional football player, knows the consequences of a player touching personnel. However, in the heat of the moment, Adams made a costly mistake. In frustration, Adams gave the cameraman a shove. As a result, Davante Adams has seen his situation shown on ESPN, on repeat, from the moment it took place.

Davante Adams is now facing charges over the situation. When the Las Vegas Raiders visited the Kansas City Chiefs, Adams got heated. As a result, he ended up giving a strong shove to one of the men who were filming the game. After that, the shove was shown on all of the sports channels, repeatedly, and has been a popular news piece. Now, Adams is being charged with misdemeanor assault. Meanwhile, the cameraman claims he has whiplash, a headache, and possibly a concussion, according to court documents.

Source: Gossip Of The City Tea