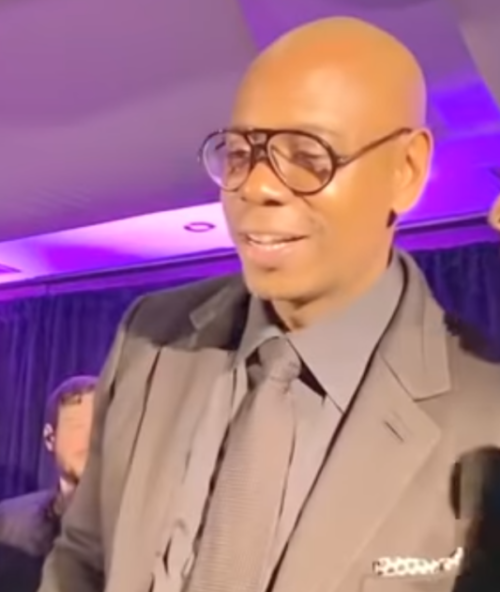 The living legend we all know as Dave Chapelle has done it again. The Grammy Award-winning comedian made history on the 4th of July as he gathered some of his musician friends and threw an epic concert in a cornfield in Yellow Springs, Ohio. The six-hour event took place with roughly 400 in attendance, socially-distanced with Chapelle logo face masks. The featured comedy set included Tiffany Haddish, Michael Che, Cipha Sounds and a few more, followed by a beautiful fireworks display. After fireworks came the musical performances led by Common, Talib Kweli, Frédéric Yonnet, Issa Ali, Monie Love, and Erykah Badu.

The Roots drummer, Questlove posted on instagram the following:

“Drove 900+ miles to a hippie farm town, got tested 2ce & mask/rantined & got on a drumset for the first time in 4 months. To be honest a lot of us were afraid of how rusty we’ve become since March. This was missed & needed (the camaraderie (been a min since I’ve seen/had meaningful conversations w people I know in the flesh) worth the effort. I can’t wait to play music w my pals again.”

As Quest ended with a ‘THANK YOU’ to Dave Chapelle, his photo shows him jamming on his drum set with an expression of bliss. Another Grammy-nominated friend of Chapelle’s posted:

“July 4 weekend. All tested. Socially distanced crowd. Thank you Dave for being the realest, most generous host. This is a weekend I will never forget. No one there ever will. #ChapelleSummerCamp”

In common practice at Chapelle’s shows, no phones/cameras were allowed but the selected few that were shared by the celebrity accounts were enough proof that we definitely missed out on an epic night. The event was allegedly filmed for an official release at some point in the near future, as the final product from this weekend will certainly be a must-see.

Would you have been down to get tested twice to join the festivities? Shoot comments below!

More in Hip Hop News
Young Thug Says Pusha T took Advantage of Being on Pop Smoke’s Unreleased “Paranoia” Song With Him and Gunna To Continue Drake Beef; Pusha Asks Smoke’s Manager To Be Removed From Song [VIDEO]
All things come to an end as TikTok may be getting banned from the United States along with other Chinese apps