Home » Articles » Dave East Says He Took Kodak Black off of ‘Night Shift’ on His ‘Survival’ Album Which Also Featured Lil Baby; Didn’t Want Kodak on Because of Lauren London/Nipsey Hussle Comments But Has No Issue With Kodak Overall [VIDEO] 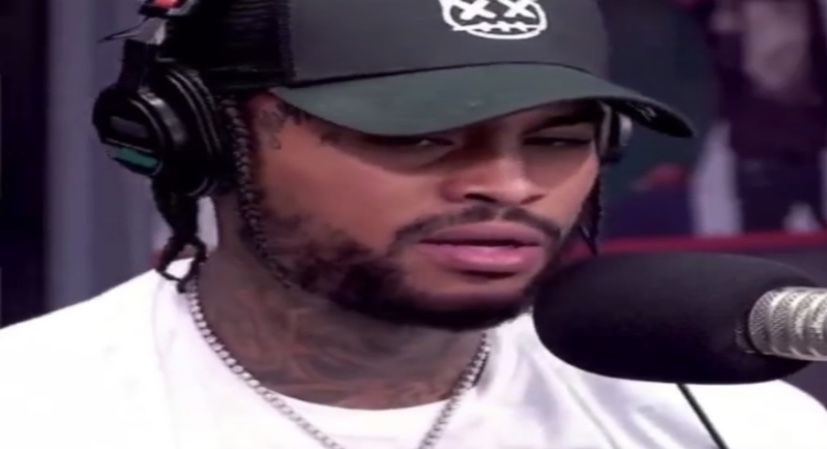 Last week, Dave East released his highly anticipated debut album ‘Survival.’ It was highlighted by the single ‘Godfather 4’ featuring Nas. The project also had other strong features such as Teyana Taylor, Max B, Lil Baby, Fabolous, and more. Throughout Survival, East showed his impressive lyricism as usual.

What caught many people’s attention was that Kodak Black was taken off of Survival. East appeared on Real 92.3 Los Angeles to clarify what happened. He explained that it was a verse for the song ‘Night Shift’ which also featured Lil Baby. He claimed he has no issues in general with Kodak but his comments about Nipsey Hussle’s girlfriend, Lauren London, didn’t sit right with him.

Kodak originally said he’d let London cry for a year before he tries to get at her. He also said “RIP to dude” in regards to Nipsey. This had the whole industry hating Kodak heavily. East has a Nipsey tribute on his album titled ‘The Marathon Continues’ and said it wouldn’t have been right to have Kodak on the album considering the comments he made. This is very understandable as Kodak was checked by many veterans in the industry such as T.I. and The Game.

East didn’t really need Kodak on the album as he held it down with the quality content that he put out on his own along with the other solid features. Check out him speaking on Kodak on Real 92.3 below.

More in Articles
“Rugrats” live action film removed from Paramount Pictures’ schedule, meaning it may be scrapped from production, but the series reboot is still in the works; Twitter is relieved live action film isn’t happening
Lala Baptise, Gunna’s alleged ex-girlfriend, likes shady tweet about him and Jai Nice dating, calling them the strangest couple