Home » Hip Hop News » DDG shocks interviewer, and the internet, when he reveals his real voice, which is unrealistically deep [VIDEO] 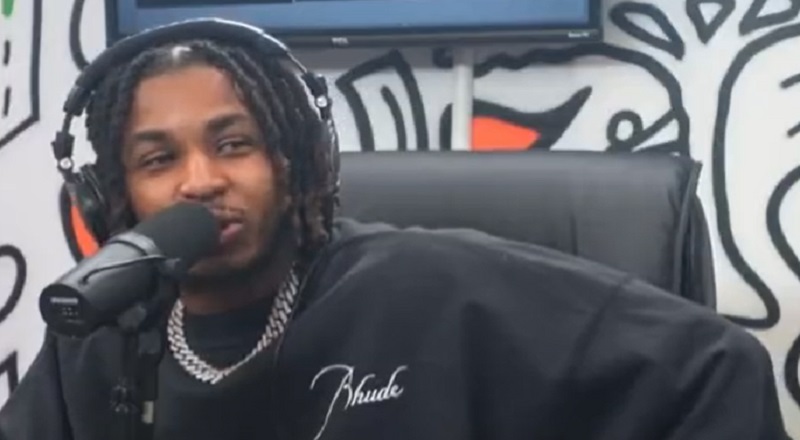 DDG has become one of the most popular rappers in the game. Two years ago, the Detroit rapper began making noise. With many of his videos going viral, he soon became a household name. Now, DDG is one half of one of social media’s most popular couples. Often, he and his girlfriend, Halle Bailey, are off doing something that goes viral. During a recent interview, he went viral all by himself, however.

DDG is an entertainer and he is a part of a rap scene filled with stars. In hip hop, Detroit is often overlooked, aside from Eminem and Big Sean. Then, in this current era, guys like DDG and 42 Dugg are the ones putting the city on the map. As of late, DDG has put in the work that has separated himself from the rest of the pack, in Detroit.

DDG recently did an interview, where he spoke on many topics. Randomly, he made a comment about hos voice. During the conversation, DDG told the host that the voice he was talking in was not his actual voice. As he elaborated, he explained that he raps in a lighter voice, and he also talks this way interviews. When he was asked to use his actual voice, DDG left the host and the people shocked. His voice was so deep that it was hard to fathom.