Home » Hip Hop News » Deebo Samuel is dating Mahogany Jones? 49ers rookie wide-receiver leaves heart emoji in her IG comments, saying “met mine,” when her caption reads “you searching for a badder b*tch but you ain’t met her yet” [PHOTO] 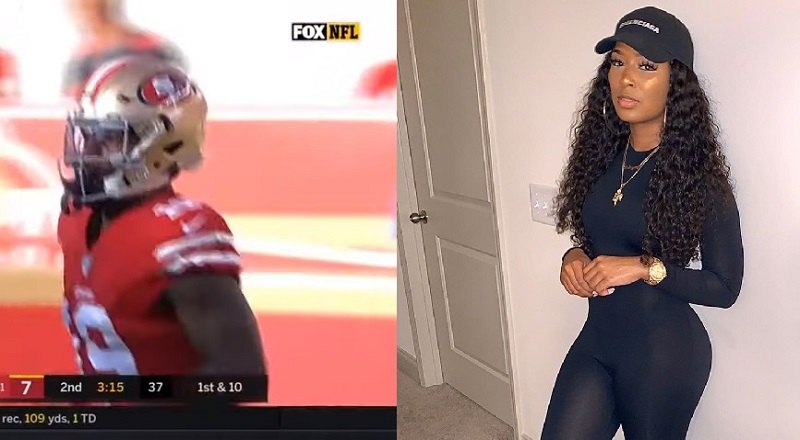 One of the NFL’s rising stars is Deebo Samuel, who has made an immediate impact with the San Francisco 49ers. Tonight, his 49ers take on the Green Bay Packers. Having last made the playoffs, in 2013, the 49ers are one of the NFL’s best teams, this year.

Sitting at 9-1, entering tonight’s game, Deebo Samuel has gone through injury. However, he is expected to play, tonight, but he has some things going on, off the field. The rookie wide receiver is sending out hints that he has new love, or he’s working on it.

Mahogany Jones, a popular Instagram model, who sells swimwear and clothing, is really making herself known. Just one glance at her pages and it’s clear many men want her and why. Her most-recent IG post is her stunting, saying “he” won’t meet a “badder b*tch,” and Deebo comments that he met her.