Home » Hip Hop News » Deelishis ran from Bolo, on stage, after he excited her during performance [VIDEO] 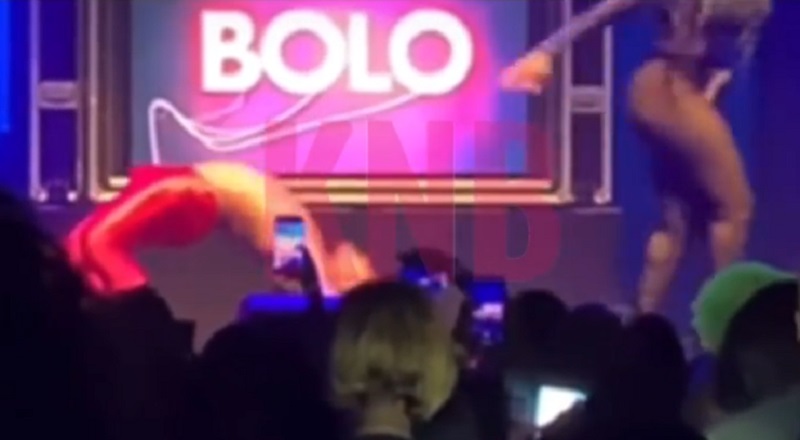 Deelishis ran from Bolo after he excited her during performance

Deelishis rose to fame, sixteen years ago. Flavor Flav became the least likely person to become a reality TV star. Despite this, “Flavor of Love” was the biggest show on VH1. The world could not get enough of Flavor Flav, or the women who competed for his love.

Deelishis would win “Flavor of Love 2,” but she and Flavor Flav wound up breaking up. As a result, Flavor Flav came back for “Flavor of Love 3,” after which the show came to a merciful win. Meanwhile, Deelishis continued making moves in the industry. Actually, Deelishis was the first woman on the scene at the start of a major trend. The love for thick women led to ladies like Nicki Minaj coming on the scene. While Deelishis was not the first, she set the trend.

Deelishis recently participated in a show featuring Bolo. For those who don’t know who Bolo is, he appeared on “The Real Housewives of Atlanta.” During his appearance, Bolo and Porsha Williams had a situation, which caused controversy. With Deelishis, she was on stage with Bolo, and he did a portion of the show with her. When he began performing, Deelishis got wound up, and she found herself running to get off the stage.

Deelishis ran from Bolo after he excited her during performance