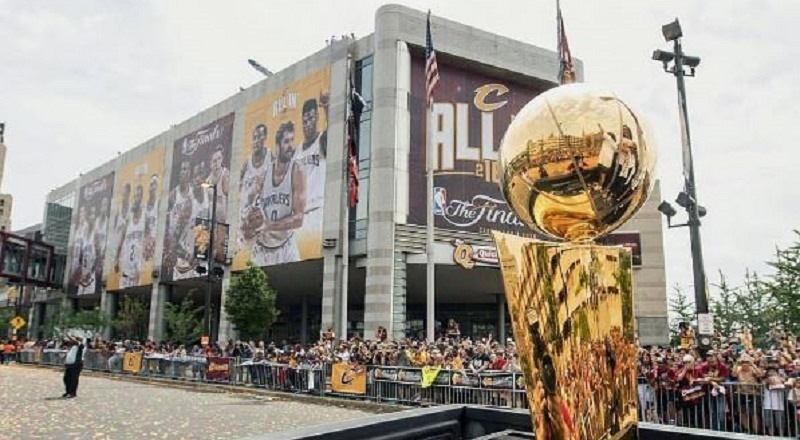 Logically, there was no reason why the Cleveland Cavaliers won the championship, this year. Despite having a core of LeBron James, Kyrie Irving, and Kevin Love, the team has had its struggles. Due to playing in the East, the Cavs have managed to still get to the NBA Finals.

Last year, some favored the Cavs to beat the young Warriors in the finals, but the Andre Iguodala switch changed things. In 2016, everyone was a Warriors fan, as they went 73-9. Along the way, they embarrassed their competitors.

A blip on the Warriors’ radar was the Cleveland Cavaliers, despite their near-perfect playoff record. Heading into Game 5, the Warriors looked unstoppable, until they didn’t, and then there was a Game 7, where Kyrie Irving sealed the deal. Now, the Cavs are the defending champs and their fans are ready for the ring ceremony and the title defense.

Read the #DefendTheLand tweets below: