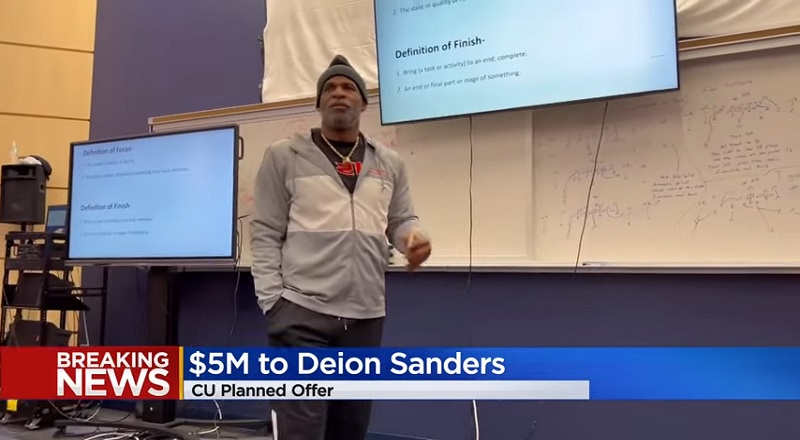 Deion Sanders was the last person most would expect to become a coach. Even less likely was Sanders coaching at an HBCU. Not only did Deion Sanders become the coach of the Jackson State University football program, he turned them into contenders. In addition, Sanders’ unlikely coaching methods helped propel the team into being one of the best. Sanders embraced the hip hop culture, in addition to having his unique methods. However, rumors began of him considering leaving for University of Colorado. Those rumors have been all but confirmed.

Deion Sanders is one of the people who made the 1990s iconic. Not only did Sanders play in the NFL, but he also played in the MLB. As a result, he won a Super Bowl and World Series championship in the same year. While Sanders is not the only athlete to play in two different sports leagues, he is the first to be a key player in two different professional sports. In the NFL, Sanders is one of the greatest defenders of all-time. Even with all of his success, Deion Sanders is likely best known for his time playing with the Dallas Cowboys.

Deion Sanders may have been the least likely person to become an HBCU coach. However, it worked for him, the team, and the people. As a result, there is a lot of disappointment with Sanders now leaving for a non-HBCU university. With his salary set to be over $5 million, there are people accusing Sanders of being a sellout. On Twitter, HBCU is trending alongside Deion Sanders’ name, as the news is breaking of his new job with University of Colorado.

More in Hip Hop News
Four year old girl, Kaari Thompson, was fatally shot while grocery shopping with her mother, who was also shot and is in critical condition
Lil Baby goes gold with new “It’s Only Me” album