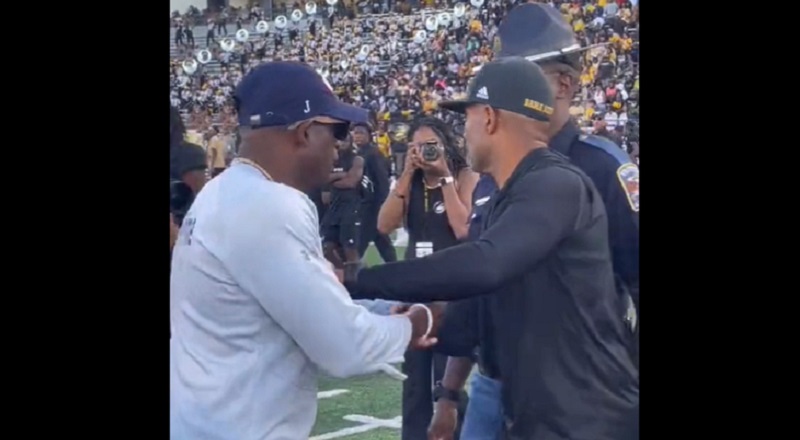 Deion Sanders is one of those figures that made the 1990s iconic. Sanders is best known for his time in the NFL, playing for the Dallas Cowboys. However, he also spent time playing professional basketball. Currently, Deion Sanders is employed as the head coach of Jackson State University’s football program.

Deion Sanders was a controversial player on the field. In his later years, he became one of the first celebrities to have his own reality show. The persona of Deion Sanders the family man earned him a whole new fan base. In addition, Sanders introduced himself to an entirely younger demographic, who likely never saw him play.

Deion Sanders was an unlikely name to become the head coach of Jackson State University’s football program. In spite of that, Sanders has been highly successful. Last year, Deion Sanders infamously brought Brittany Renner in to speak to the players about the groupies to avoid when they reach the NFL. That moment was one of 2021’s final viral moments. Typical for Deion Sanders, he has created another viral moment. Over the weekend, Jackson State played Alabama State. After the game, Sanders shook hands with Alabama State’s coach, Eddie Robinson, Jr. After that, Sanders shoved him in the back, seemingly unprovoked. That moment has one viral.