Home » Hip Hop News » Deion Sanders walked out of an interview when reporter refused to call him “Mr. Sanders,” and NFL legend says he was “disrespected,” as reporters on Twitter try to drag him [VIDEO] 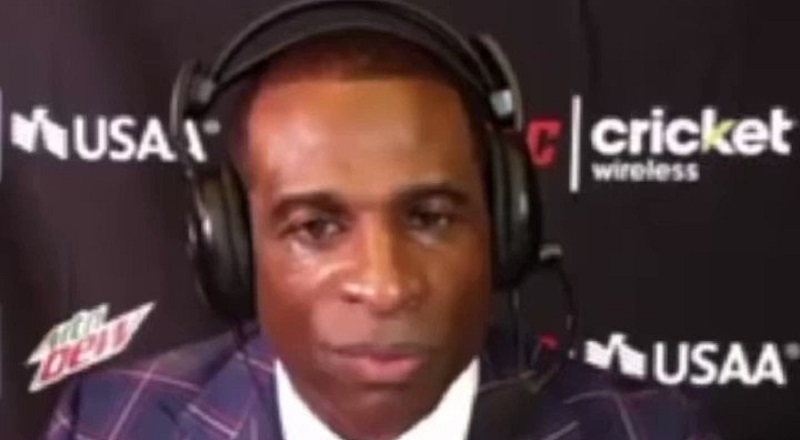 In his football career, Deion Sanders was “PRIME TIME,” and was written off as a jerk. But, Sanders was one of the best, in his position, to do it, he had a right to be cocky. Now, he is a coach, and he is working to be the best coach, so he is demanding his respect.

Deion Sanders always expects a certain level of respect. He is one of the people who helped turn people into football fans and a reason the NFL is the force it is. As a coach, he is working to bring the same thing, and he demands people treat him as such.

Recently, Deion Sanders did an interview, and the reporter called him “Deion.” When he said this, Sanders told him to call him “Mr. Sanders,” saying people call Nick Saban “Mr. Saban,” to which the reporter told Sanders he calls Saban, “Nick.” The reporter referred to Sanders as Deion, again, leading to Sanders walking off, citing a lack of respect, as reporters on Twitter come for him.

This is how all of this started, I really Pray for all of us because this was something so minimal that was hilarious to me that you allowed a FOOLISH media outlet and person to play on your Preconceived notions. I’m all about Peace,Love,Work,Commitment,Sacrifice & Forgiveness. pic.twitter.com/ZjZPMVJVfj

More in Hip Hop News
Soulja Boy – “Knock Down Everything” [VIDEO]
Offset Says The First Date He Took Cardi B on, Was at Super Bowl 51, in 2017 [VIDEO]