Home » Hip Hop News » Delonte West says he’s in between jobs, after recently being seen panhandling in Virginia, hopes to get into coaching in the NBA [VIDEO] 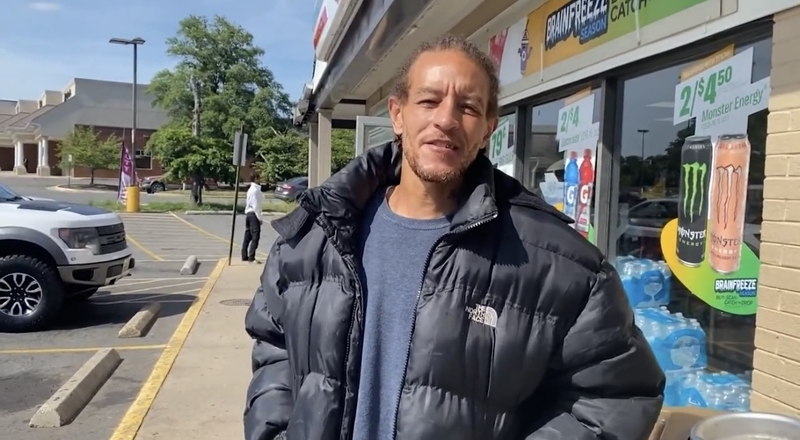 Last week, footage went viral of former NBA player Delonte West, panhandling. This was reportedly in Alexandria, VA, as a fan took a video of him shaking West’s hand. Many believed that West had relapsed with drug use, and was homeless again.

Image Direct recently spoke with West, and he emphasized that he is in in between jobs right now. Currently, he is focused on helping feed his family.

“It is what it is,” West explained. “I got children. I’m in between jobs. People can help me as much as they can, but you know, as a man I gotta do what I gotta do for my babies.”

West was also asked about any potential basketball ventures. He revealed that he didn’t make the cut for Ice Cube’s BIG3 league, but is confident that he’ll make the roster, in 2023. West is also interested in exploring potential coaching jobs, in the NBA.

“I’m always involved in the game I love. Last year, I was scouting for the Dallas Mavericks and the previous three years, I was an NBA scout for the Boston Celtics. I was actually looking forward to being a head coach or assistant coach in the NBA this season but like I said, it’s a business that have a lot of people involved and wanna stay involved. Prayerfully, luckily I’ll be up for discussion this upcoming season.”

Hopefully, West’s situation does change, soon. In 2020, Dallas Mavericks owner Mark Cuban got West into rehab. West played one season in Dallas, over a decade ago. West was arrested by a police station in Florida in 2021 but now, it appears he is trying to experience a positive turnaround.

Roommates let’s keep former NBA player Delonte West in our prayers. Looks like he was spotted on the side of the road in Alexandria, VA recently. 🙏🏾 pic.twitter.com/wmgVVmff2m

More in Hip Hop News
Doja Cat and SZA’s “Kiss Me More” becomes the most streamed all-female collaboration, in Spotify history
Erica Mena accuses Safaree of trash talking her to his prostitute [PHOTO]