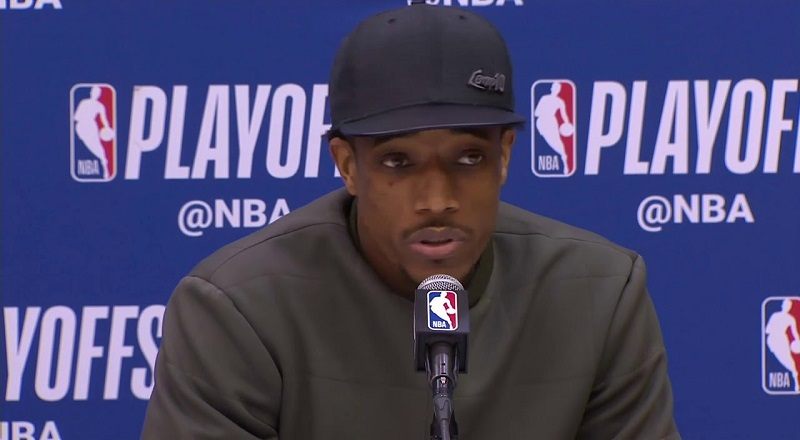 The last time a number one seed was tied 2-2, after four games, in the first round, it was the Atlanta Hawks, in 2015. That team is one that overachieved and it showed, as the playoffs went on. This season saw the Toronto Raptors emerge as the number one seed.

DeMar DeRozan and Kyle Lowry are the clear difference between this year’s Raptors, and 2015’s Hawks. That team didn’t have a clear star player, but the Raptors have two. Unfortunately, both teams have playoff struggles in common.

Following the Game 4 loss, DeMar DeRozan and Kyle Lowry sat down with the press. The two talked about the struggles the Raptors went through, down the stretch. DeRozan and Lowry cited the Wizards’ energy, them rallying around John Wall, after Beal fouled out, and their own turnovers, as the reason they are tied up.

More in Hip Hop News
Keri Hilson shuts down a man who tries to shoot his shot, telling him “This is for white boys rn,” and Twitter starts dragging her, saying she’s “cancelled” and has been watching too much #Scandal, thinking she’s Olivia Pope
Yung Simmie – “Dirty Money” [VIDEO]