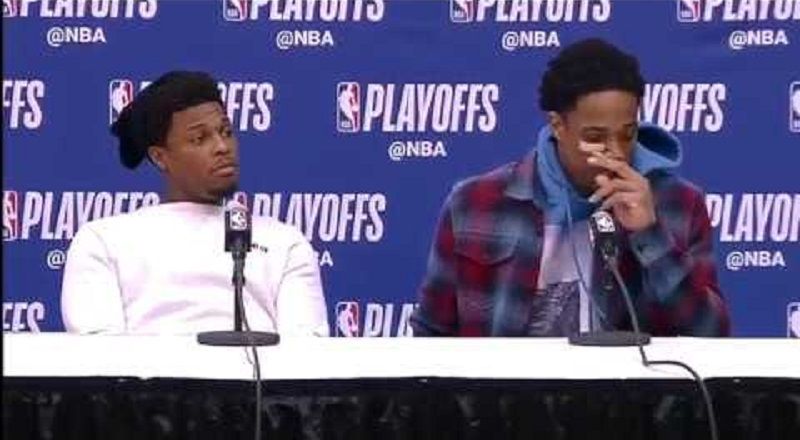 Coming into last night’s game, most expected the Wizards to come out strong. Despite being the eighth seed, the Wizards always play well against the top seeded Raptors. They were one of only seven teams to win in Toronto, during the regular season.

When the series shifted to DC, last night, John Wall and Bradley Beal shut down all the rumors of friction. That duo did enough to shut down the Toronto duo, DeMar DeRozan and Kyle Lowry. The game ended in a blowout win for Washington.

DeMar DeRozan and Kyle Lowry spoke to the press, following their loss in Game 3. The two talked about how they lost control of the game, early, as Kelly Oubre got it going, early, but how they expected it. As they go into Game 4, they said a strong start is what they should focus on.