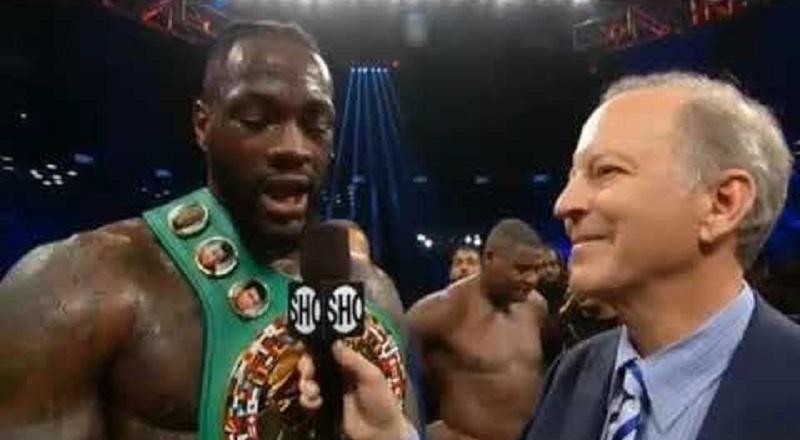 Over the weekend, Deontay Wilder proved why he is who he is, and that he does what he says he’ll do. The official ruling was TKO against Luis Ortiz, who is as tough as they come. Goal oriented, Deontay Wilder came into this fight looking for a win.

Deontay Wilder is one of the biggest names in boxing and he came up big, this weekend. Immediately after the fight, Showtime spoke to him, wanting his thoughts. There was only one thing Deontay Wilder had on his mind, the next fight.

His post-fight interview was very brief, as Deontay Wilder laid out his next plans. Joshua is officially next, Anthony Joshua, is Deontay Wilder’s next target. The fight has yet to be scheduled, but the fans will be eagerly waiting.