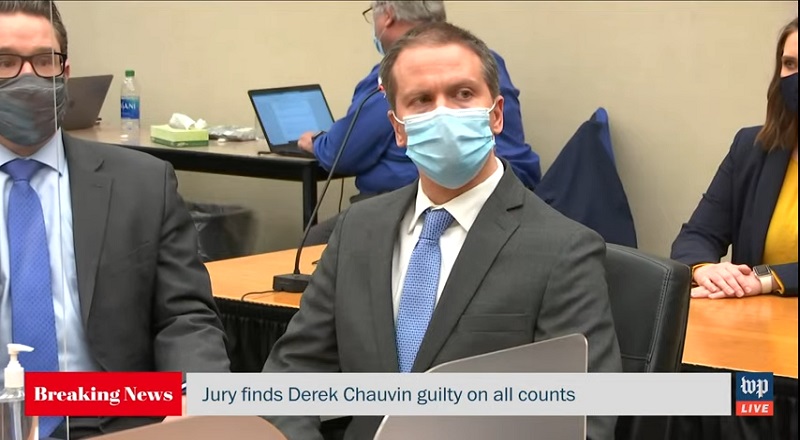 The verdict is in and Derek Chauvin is guilty on all three charges. On the streets, people are rejoicing, as George Floyd has been served justice. Many people are shocked, as the State of Minnesota did the right thing.

Derek Chauvin is guilty on all three charges. That is something worth repeating. The family of George Floyd’s family finally has justice and people are coming to understand Black Lives Matter.

On Twitter, Derek Chauvin has been trending for weeks, now. His trial has aired on television, for days, and the verdict is in. The people on Twitter are celebrating Chauvin being found guilty, as he heads to prison.

Read the tweets about Derek Chauvin below: