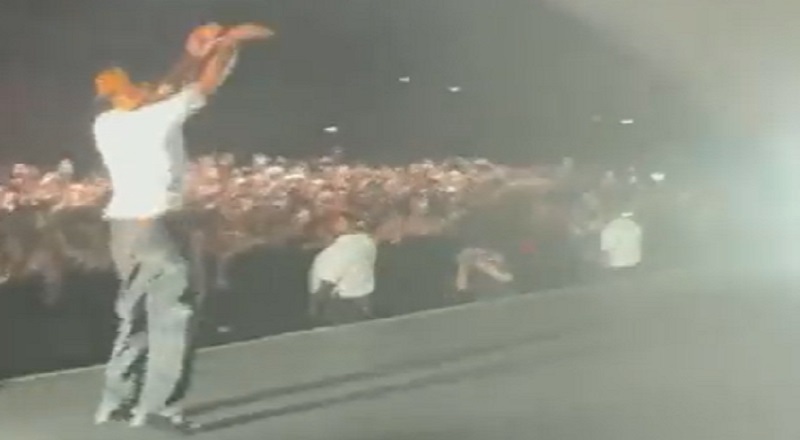 Devin Booker feels he should be coming off his second straight championship. Instead, he is preparing for another season without a ring. However, Booker has the support of Jack Harlow. The popular rapper brought Booker out, during his concert, where he got to play basketball on the stage.

Devin Booker was drafted by the Phoenix Suns in 2015. It was always known that Booker was good. However, as a leader, D-Book struggled to lead the Suns to wins. From 2015 until 2020, the Suns were consistently one of the NBA’s worst teams. During the bubble, Booker and the Suns figured it out, winning eight straight games, and nearly making the playoffs.

Devin Booker was paired with Chris Paul, in 2020. After that, the Suns became instant title contenders, going to the NBA Finals. In 2021, the Phoenix Suns went up 2-0 over the Milwaukee Bucks, before losing 4-2, behind historic play from Giannis Antetokounmpo. As a result, the Suns were motivated in 2021-22, where they won a franchise record 64 games. However, they were upset by Dallas in the second round. It has been a long offseason, so Devin Booker just joined Jack Harlow on his tour. During the concert, he brought Booker out for a shootaround.

More in Hip Hop News
Omarion talks journey to mindfulness, his new book, “Unbothered,” B2K drama, and more on “The Breakfast Club” [VIDEO]
Kanye West files to end deal with Gap, after claiming Gap had meetings without him, didn’t release his new clothing, and didn’t open stores specifically for his clothing