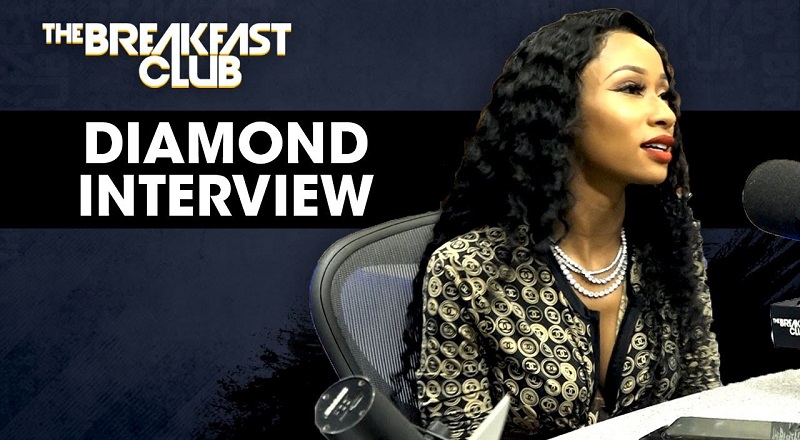 Via Crime Mob, the world watched Diamond grow up. She was a part of some big records, early in her life. As she transitioned into adulthood, Diamond got into a controversial situation with Lil’ Scrappy and Soulja Boy, which helped “Love & Hip Hop Atlanta” launch.

Recently, Diamond visited “The Breakfast Club,” where she sat down with DJ Envy, Angela Yee, and Charlamagne Tha God. In this interview, Diamond spoke on being a child star, and her complicated relationships. She discussed “Growing Up Hip Hop,” Crime Mob breaking up, and more.

More in Hip Hop News
CamoGlizzy finds out he’s worth a half a million dollars, has a reported major label deal, and is working with Quin NFN and BigKayBeezy
Saweetie To Release Debut Album, “Pretty B*tch Music,” on June 25