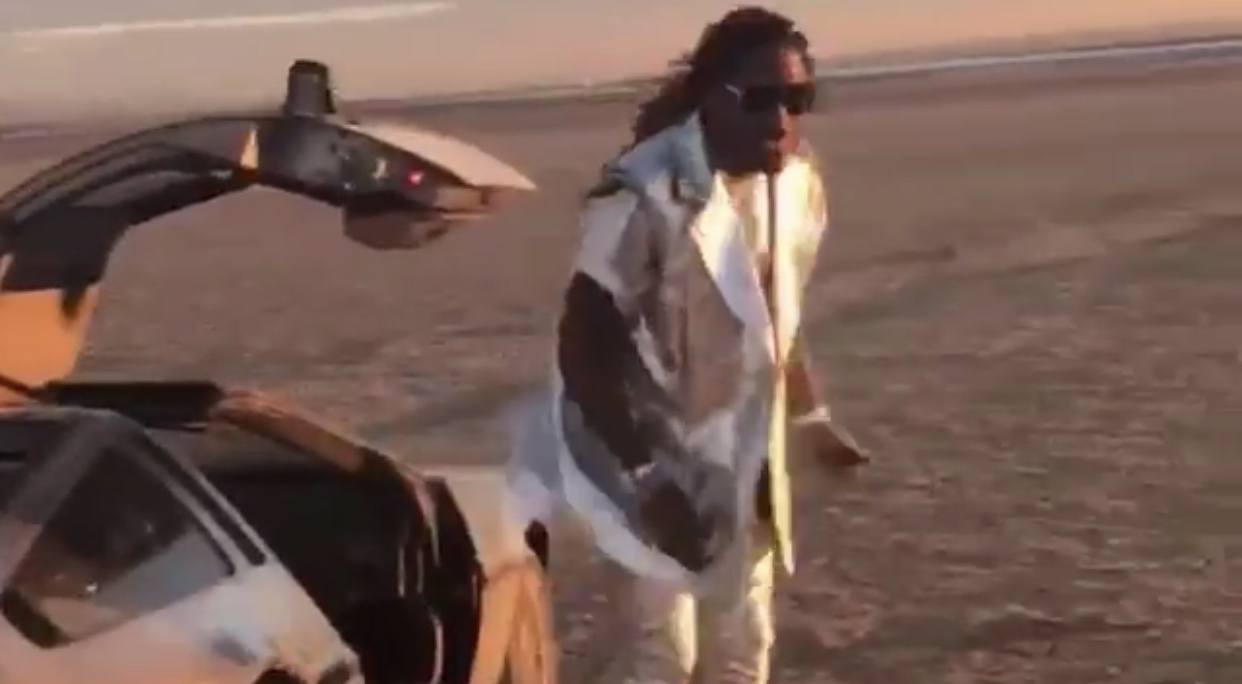 Juice WLRD has been buzzing in 2018 with the success of his hit single ‘Lucid Dreams’ and followed it up with his debut album “Goodbye And Good Riddance.” It peaked at No. 4 on the Billboard 200.

Juice is now preparing for his next move as he teased fans on Instagram with an Instagram story of him in the desert with Future. The caption was “WRLD On Drugs” so that could possibly be the name of their single while they were shooting the video at the same time.

Check out Juice WRLD’s IG post with Future below.

Continue Reading
You may also like...
Related Topics:future, juice wrld

More in Articles
YFN Lucci gets caught up, as girls take a photo of him laying in bed with two women, putting him on blast for trying to take their phone, in the midst of rumors of he and Reginae breaking up [PHOTOS]
RIP Marley G: Rising rapper, Marley G, of Rap-A-Lot Records, was killed in nightclub shooting, this morning, and fans take to Twitter to pay respects to him #RIPMarleyG