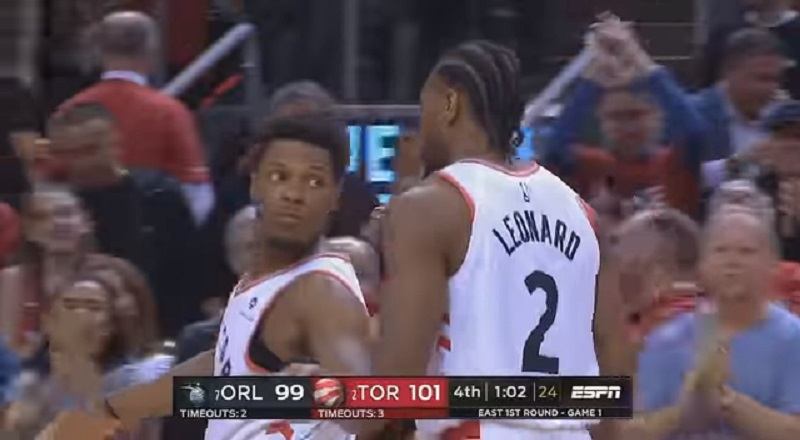 Every year, fans blamed DeMar DeRozan for how poorly the Raptors performed, in the playoffs. Nevermind the fact that, before DeRozan, the Raptors were never serious contenders. After Chris Bosh spurned the Raptors, DeRozan stayed to build something.

With Kyle Lowry, DeMar DeRozan formed a core that led the Raptors to their most wins in franchise history. There were some disappointing runs, mainly the 2014 and 2015 losses to the Nets and Wizards, respectively. But, there was the 2016 run to the Conference Finals.

Over the summer, fans cheered as the Raptors traded DeMar DeRozan to the Spurs for Kawhi Leonard. Core Raptors fans were upset and even moreso, now, as the Raptors find themselves down 1-0, at home, once again, as DJ Augustin killed them, Kawhi included. But, it was Kyle Lowry who came up empty, and fans are going in on his dismal performance.

Read the tweets about Kyle Lowry below:

More in Hip Hop News
Patrick Beverly Claps At Ref, Goes At With Kevin Durant, And So Much More During #GSMvsLAC Game 1 Of #NBAPlayoffs; Fans On Twitter Love It
Derrick White Posterizes Paul Millsap With Vicious Dunk In; Fans On Twitter In Shock And Awe #SASvsDEN #NBAPlayoffs