Home » Hip Hop News » Diddy is turning up on IG Live, dancing with JLo, talking with Alex Rodriguez, and shutting Twitter down in the process, as fans call that uncomfortable, ask him to bring Rihanna more, and clown his aging process [VIDEO] 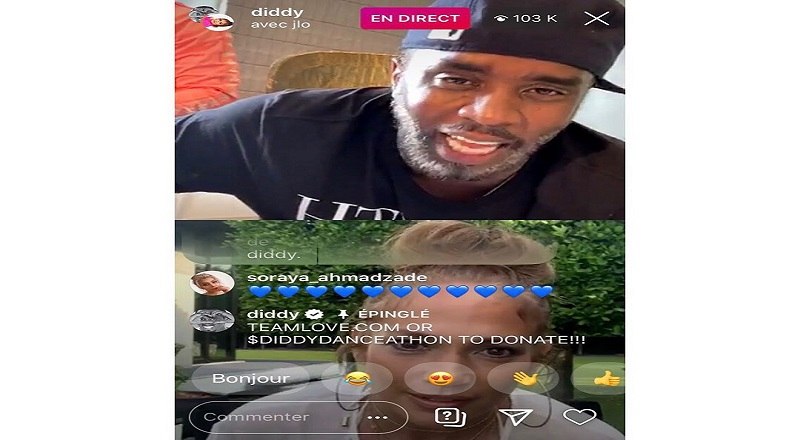 In the 1990s, there was a mystique surrounding Diddy, who was going by Puff Daddy, back then. Even after the death of Biggie, Puffy kept winning. Not only was he one of the top rappers, he owned his label, and clothing line, making him super rich.

By the time the late 1990s came, Puffy had something else over the rest of the game. He had the ability to call Jennifer Lopez his girlfriend, and not be lying. Unfortunately, their relationship didn’t last, but it produced some classic songs, in the process.

Since then, Diddy and Jennifer Lopez have built a solid friendship. In times, such as these, friendships are more pivotal than ever, so Diddy is doing a Dance-A-Thon to help people suffering from this pandemic. Him having JLo on, though, has taken over Twitter, as fans are still obsessed with them, mentioning him and Alex Rodriguez talking being “uncomfortable.”

More in Hip Hop News
Fabo From D4L and Parlae From Dem Franchize Boyz Get Into Heated Debate on Instagram Live About Who Actually Started Snap Music; Parlae Ends Up Hanging Up The Live [VIDEO]
Porsha and Dennis argue over him moving back into the house (FULL VIDEO) #RHOA [VIDEO]