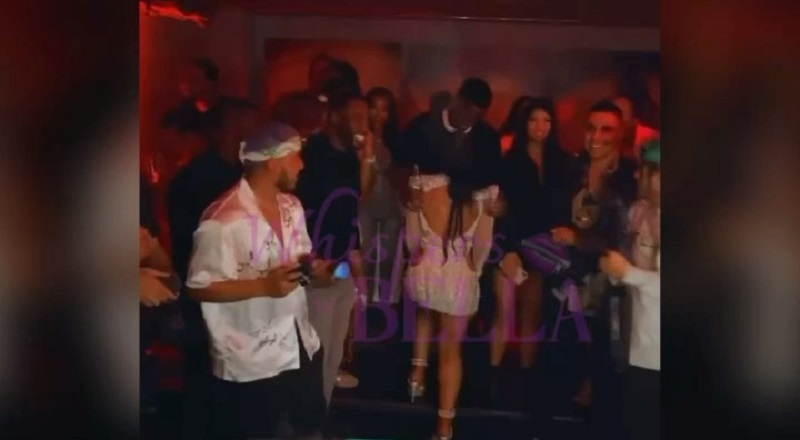 Definitely, Joie Chavis had a birthday party, which Diddy attended. Despite the two being photographed, sharing a kiss, neither have confirmed they are dating. So, the two were at Joie’s birthday party together, but nothing is publicly confirmed.

Diddy, throughout the summer months, was spending a lot of time with Yung Miami. Though the two never confirmed the rumors, they began getting close. Along with this, Yung Miami’s boyfriend, Southside, confirmed the two were no longer together.

Just when fans were beginning to throw Diddy’s name together, with Yung Miami, he was seen kissing Joie Chavis. Now, she is celebrating her birthday, and Diddy was right there with her. Allegedly, it was Mr. Combs who threw the party for her.

More in Hip Hop News
Judge Mathis says he’s back flying commercial, no longer private planes, because it was taking away from his grandchildren’s college expenses
Drake’s “Certified Lover Boy,” Has Officially Spent Three Straight Weeks, at Number One, on Billboard 200 Chart