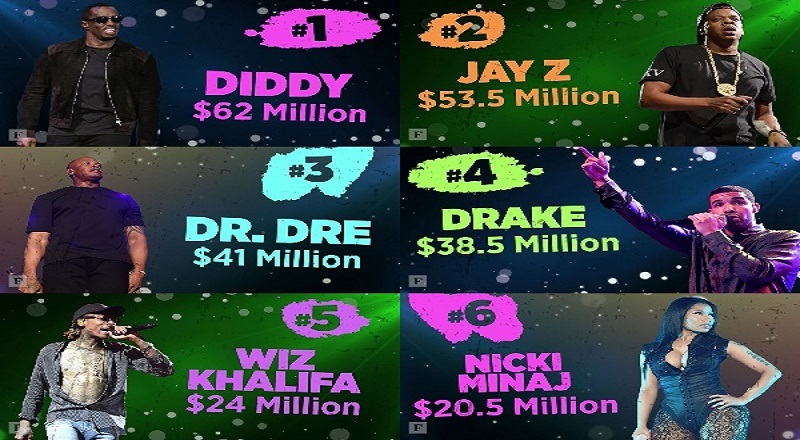 Yearly, the hip hop industry has become a more and more lucrative business. This is why there are so many people starting new businesses aimed at the hip hop audience. But, only a select few can be the cash kings of hip hop.

After seeing how much money members of the rap community have made, Forbes began their annual Cash Kings list. This afternoon saw the latest list emerge. The usual suspects show up on this list, but their earnings may surprise some.

Unsurprisingly, Diddy topped the list with $62 million and Jay Z was right behind him with $53 million. Dr. Dre stayed in the top five at $41 million, meanwhile Drake’s monster year netted him $38.5 million. The list rounds out with Nicki Minaj, Pitbull, Pharrell, Kendrick Lamar, and Birdman making the list.

Watch the Forbes video below: