Home » Hip Hop News » Black disabled Marine gets assaulted by police in his wheelchair, on his own property [VIDEO] 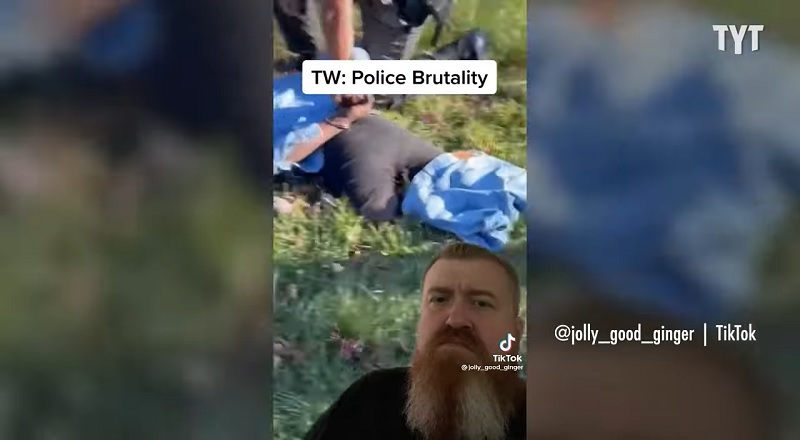 Disabled Marine assaulted in wheelchair by cops in his own yard

Reports of police brutality have dramatically increased, over the past decade. Ironically, Chamillionaire rapped about this on his hit single, “Ridin’,” nearly a decade before the reports increased. However, since 2012, there has been an uptick in reports, and an uptick in video footage. As a result, many police officers are forced to turn on their bodycams. The hopes have been that the police violence slows down significantly, or even stops.

Much of the police force is viewed as excessive and unnecessary. In addition, there are fringe political groups calling for a complete overhaul of the system. While it is unclear exactly what the solution should be, the nation should be willing to admit that there is a problem going on. Yesterday, there were reports of a man who was beaten by those who are supposed to protect and serve, while on his own property. This is not the first time there has been a person victimized by law enforcement in own their property, either.

Due to the graphic nature of the video, it is not included in this article. However, the video is available on TikTok, Twitter, and via The Young Turks. In this video, a man disabled Black man is depicted being beaten out of his clothes by a group of police officers. The man was unable to walk and was using a wheelchair. Despite this, the police officers ended up beating the man out of his chair. As a Marine, the man was a veteran. Exactly what he was being accused of doing is unclear. However, all that is evident is that he was excessively beaten.

Disabled Marine assaulted in wheelchair by cops in his own yard