Home » Hip Hop News » DISTURBING! Woman brutally beats her 12-year-old daughter, forcing her to take her pants off, and proceeds to stomp on her 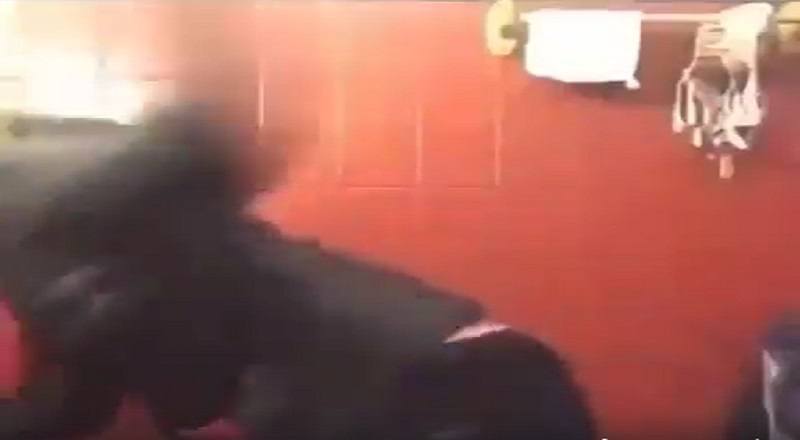 This video is so disturbing that it’s not posted on the site. However, the young woman who did post it, also shared some commentary about the video. She said that some people don’t deserve children and that whatever the young girl did, she didn’t deserve this.

Social media has both its benefits and its drawbacks. A lot of people do things for attention, even parenting their children. Raising a child means disciplining a child, but some parents have resorted to shaming their children, which has sparked much ire.

What this woman did to her twelve year old daughter was truly despicable. Not only did she call her child a liar, she told her to take her pants off, telling her she had a “fat a**,” and berated her. Beating her daughter with a belt, when she resists, probably from the pain, the mother began stomping her child, disgusting.

More in Hip Hop News
DRAYMOND, YOU SUCK!!! Draymond Green gets trashed by Twitter, as ESPN mic picks up on some man berating him, after he misses jump shot, with fans saying he’s not an All-Star, doesn’t belong in the NBA, and can’t do it without Steph and Klay [VIDEO]
Twitter Says Thanksgiving Is Going Awkward Between Doc And Austin River After Son Got Dad Ejected From The Game