Home » Hip Hop News » DJ Akademiks claps back at Megan Thee Stallion, after she criticized him, for reporting that Tory Lanez’s DNA wasn’t found on gun that allegedly shot Megan 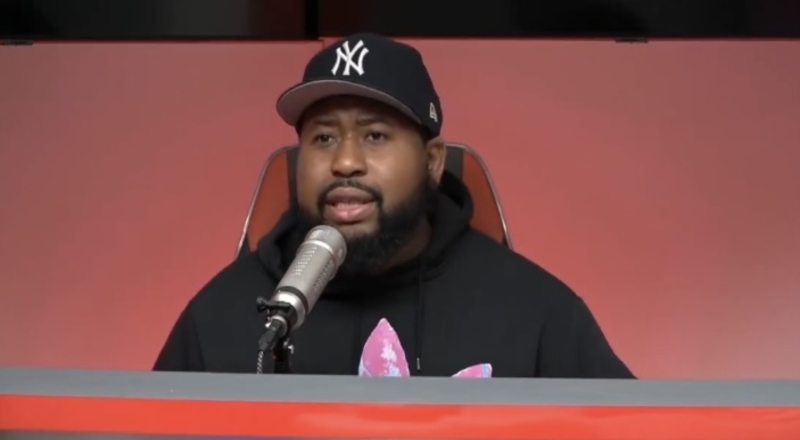 DJ Akademiks claps back at Megan Thee Stallion on Twitter

Wednesday has brought plenty of more developments, in the July 2020 Tory Lanez/Megan Thee Stallion shooting case. DJ Akademiks reported that a court stated that they couldn’t find Tory’s DNA, on the gun that allegedly shot Megan, that year.

Megan went on to clap back at Akademiks, and explained that his reporting was false. She also clowned Akademiks’ size, and downplayed his validity. Now, AK is clapping back at the Houston rapper, on Twitter. He bashed Megan for her situation with 1501 Certified Entertainment, and backed up his reporting, with the Tory DNA claims.

“Aye.. i dont give a f*ck bout what u got with tory… yall can play yall PR games.. we kno what u n roc nation is doing. i dont care. Just dont try to bring in my brand in there. U literally a Peon in the game. 1501 OWNS u and u beg them everytime to drop a song. U cant lil n*gga me never in ur life. U literally signed to a n*gga.. managed by a firm and signed to another conglomerate.. U dont own nothing u put out. U literally won all ur awards off sympathy off this u got shot story line… GET UR MASTERS BACK then holla.”

AK also added that Meg has been living off of a narrative. She also “can’t win,” if Tory doesn’t end up in prison, as he faces 22 years and eight months, if convicted.

“u so bothered over my TWEETING out FACTS about tory case. GO ASK THE DA… DNA RESULTS WAS SUBMITTED in discovery… why u care so much what the internet says? OH i know.. U been living off a narrative and its sad u made it where if tory dont go to jail u dont win.”

Tory’s attorney also reportedly said they are attempting to get an expert, to confirm the DNA. This is being done, in assistance with the LAPD.

“We are in the process of actually retaining an expert with respect to DNA. It is our hope that we will be able to review & confirm the LAPD’s analysis, which from our standpoint was favorable.”
AK tweeted again, as he believes that this report is enough, to earn an apology from Megan.

DJ Akademiks claps back at Megan Thee Stallion on Twitter