Home » Hip Hop News » DJ Envy confirms he was indeed blackballing Nicki Minaj, refusing to play her records, because of her beef with DJ Self #LHHNY [VIDEO] 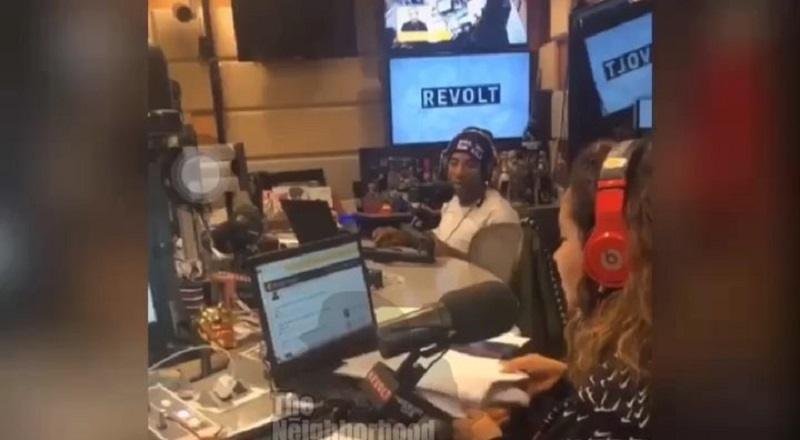 Every now and again, DJ Envy can get a little spicy on “The Breakfast Club.” It is Charlamagne that usually pisses a guest off, but Envy is the one who catches feelings. A year ago, Envy came for Desus and Mero, breaking the internet.

Prior to that, DJ Envy went at DJ Drama over a mixtape, ignoring him for over half of the interview. Through the years, DJ Envy has had all kinds of exchanges. His recent exchange with Killer Mike, though, Envy insists wasn’t an actual argument, as he and Mike do that often.

However, DJ Envy did admit to using his power against Nicki Minaj, this afternoon. Despite having a once-good relationship with Nicki, Envy sided with DJ Self, in their beef. Due to that, DJ Envy admitted he wasn’t playing Nicki Minaj’s music, on purpose.

More in Hip Hop News
Trina Fires Her Cousin Bobby After Hearing That He Signed To A New Label While Still Being On Her Contract; “You Should’ve came & f*cked with the winning team” #LHHMIA [PHOTOS]
Sidney Starr gets more information about her gender reassignment surgery (FULL VIDEO) #LHHMIA [VIDEO]