Home » Hip Hop News » DJ Envy gets clowned by Twitter, after he and Killer Mike had a heated discussion, where Killer Mike said “all you do is spin records,” as they debated public vs. private schools on, and fans say he handed Envy a new ass #TheBreakfastClub 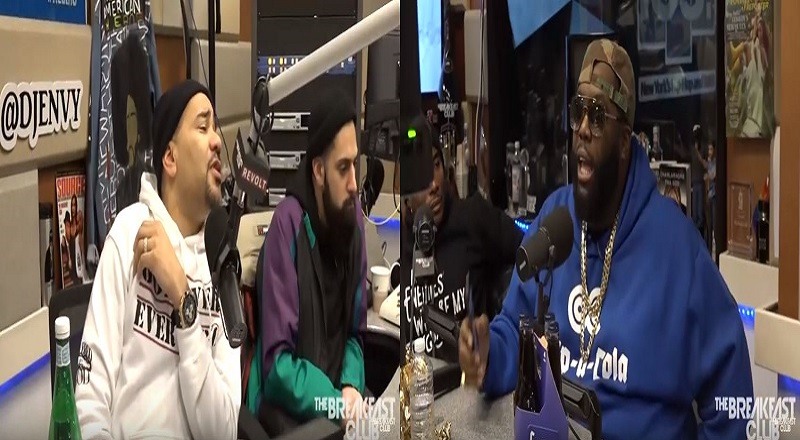 It seems like DJ Envy gets into a hostile conversation, at least once a year, on “The Breakfast Club.” A year ago, DJ Envy got into it with the duo of “Desus and Mero,” over comments they made about him. The episode, today, saw Killer Mike as a guest.

Killer Mike has evolved from just being a rapper to being a prominent businessman and health advocate. The conversation got off to a great start, due to Killer Mike speaking on ownership and health. But, when the private schools were mentioned, things went left.

DJ Envy often speaks on his children being in private school, which led to Killer Mike checking that. When he went in, Killer Mike got the attention of everyone. The fans on Twitter said he handed Envy his entire behind.

Read the tweets about DJ Envy and Killer Mike below: