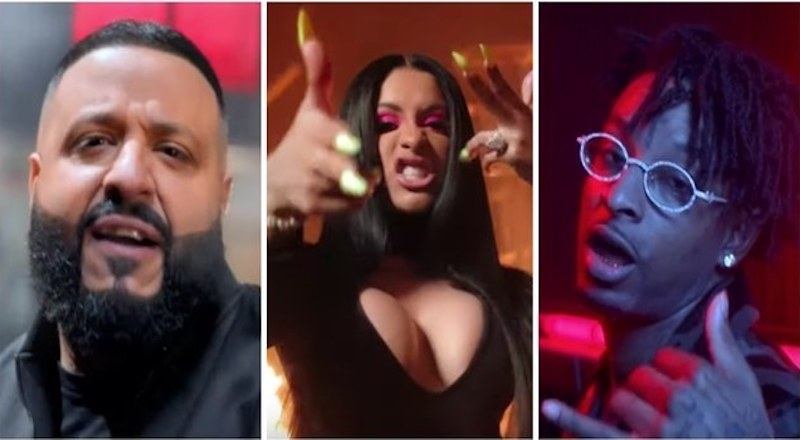 DJ Khaled continues the visual roll out for all the bangers off of his hot new album, ‘Father Of Asahd.’ by releasing yet another music video. The Khaled and Eif Rivera directed “Wish Wish” visual features Cardi B and 21 Savage surrounded by explosives, fire and motorbikes with flaming wheels accompanied by major Fashion Nova product placement.

Since the release of ‘Father Of Asahd’ on Friday, May 16th, Khaled has dropped a slew of music videos. Khaled has starred as a gladiator inspired by movies like “Troy” and “300” alongside SZA in the “Just Us” visual as well as honored Nipsey Hussle in “Higher” music video featuring John Legend, along with the “Celebrate” video with Travis Scott and Post Malone.

Watch “Wish Wish” below and let us know what you think!

More in Hip Hop News
Chris Brown Is Bringing The Heat With His Vibrant “Wobble Up” Visual Featuring Nicki Minaj and G-Eazy
EXCLUSIVE: Evelyn Lozada, Calls Out Tami Roman For Commenting on Her Ex Fiancé’s Page: “You avoided me all season because you didn’t want me to expose all of your lies, but you have the nerve to be on my son’s father’s page!” [PHOTOS]