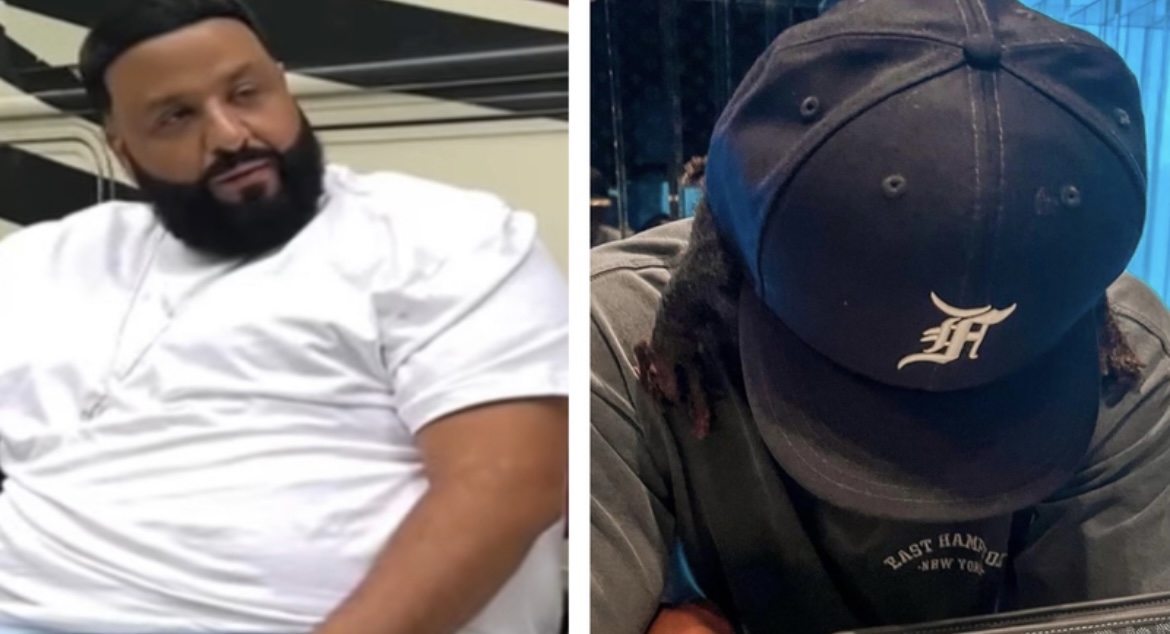 Last month, DJ Khaled confirmed that his 13th studio album is on the way. This project is titled “God Did,” as fans are still waiting on an official release date to be revealed.

Khaled recently confirmed that Lil Baby and Drake will be on God Did. Now, Khaled is adding another legend, who he’s collaborated with before. This is Jay Z, as Khaled revealed on Instagram, that the Jay Z vocals are in.

Khaled posted a photo of Jay covering his face with a hat, as they appeared to be in a studio. Khaled also included photos of Guru, Jay Z’s engineer. This announcement earned praise in Khaled’s comments section, which included stars such as SZA, Fabolous, and Shyne.

Khaled’s God Did album is expected to be out, sometime before 2022 is out. In 2021, he scored another number one album, with his “Khaled Khaled” album. Khaled dominated that year with his “Every Chance I Get” single, featuring Lil Durk and Lil Baby. Jay Z also appeared on that album, on “Sorry Not Sorry,” with Nas and James Fauntleroy.

Continue Reading
You may also like...
Related Topics:dj khaled, featured, God Did, jay-z

More in Hip Hop News
Irv Gotti says he found out Ashanti was dating Nelly watching a basketball game on TV and seeing them together, on “Drink Champs” [VIDEO]
Blueface and Chrisean Rock got into fight on Hollywood Blvd. [VIDEO]