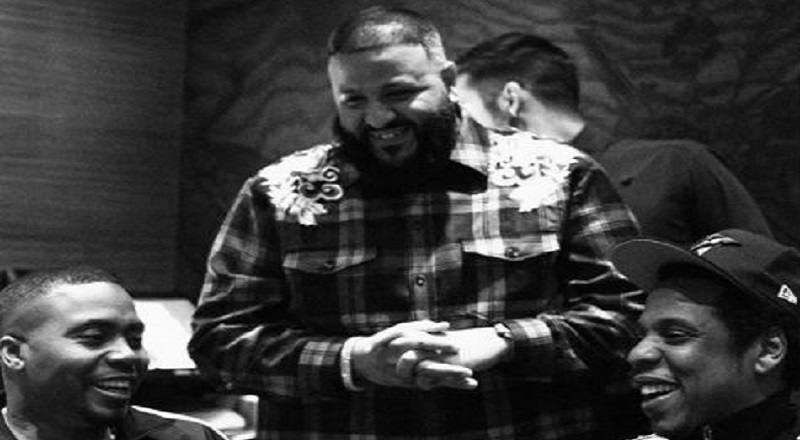 What’s special about DJ Khaled is how he came into the game as an outsider. Only a select few “established” artists were really rocking with him, like that. Mostly, the people he collaborated with rose to fame with him.

Rick Ross, Plies, and Lil Wayne, to a lesser extent, all built their fanbases on Khaled posse cuts. Of course, each had their own hit records to also fall back on. Early on, Trick Daddy lent his star power, and it helped turn DJ Khaled into a force.

DJ Khaled kept working and soon found himself shouted out by Jay-Z and then he joined the Roc Nation family. This opened the door for his longtime brother, Fat Joe, to put his differences with Jay-Z aside, and also join the movement. Of course, Nas was Jay-Z’s biggest rival, and now good friend, and Khaled shared this photo, hinting at having something in the works with two of the kings of New York.

More in Hip Hop News
Auntie Maxine is speaking straight facts, already going in! Her #SOTU rebuttal was on point, as she called out Trump, Mitch McConnell, and Paul Ryan #BETxAngelaRye
Casanova disses Troy Ave, calling him a “snitch” and a “p*ssy” + Says his breath stinks #PostAndDelete [PHOTO]