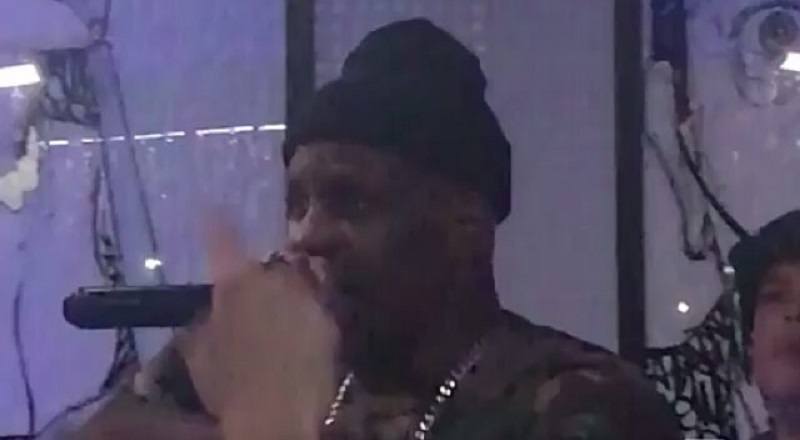 In the late 1990s, DMX took over the game, and twenty years ago, he made his biggest anthem. That anthem was “Party Up (In Here),” a song which still gets a lot of burn. Since that hit, DMX saw his career go on a gradual, but consistent decline.

By 2006, when he released Year of the Dog… Again, DMX was all but forgotten. No longer on Def Jam, X was at Columbia Records, and he blamed all of that on Jay-Z. Since, he, Jay, and Ja Rule all patched things up, but DMX went to prison, cutting the reunion short.

Last week, DMX was released from prison, and last night saw him perform for the first time. Ironically, he was filling in for Ja Rule, at a show in Staten Island. As he performed, DMX gave the fans a motivating speech about how much he values his freedom and how glad he is to be home.

More in Hip Hop News
A Boogie Wit Da Hoodie – “Look Back At It” [VIDEO]
Veronica still ain’t sh*t, according to #LHHMIA fans; Twitter blasts Veronica, accusing her of being ignorant, racist, and having not learned anything from last season, as fans trash Trick Daddy for defending her after learning she’s WHITE white, not Hispanic, using the N word